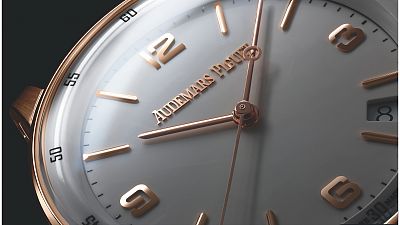 The oldest Swiss watchmaker still in the hands of its founding families has just launched a new collection -- the biggest in 25 years. We visited their workshop to unveil their 144-year-old heritage.

Audemars Piguet’s production line all began in the tiny village of Le Brassus in the Vallée de Joux in southwestern Switzerland, just across the border with France. The craft originated in the valley in the 17th century, and local farmers were the first artisans to master it.

"The Audemars and Piguet families were part of this very long tradition, and they decided in 1875 to set up their own workshop," explains Sebastian Vivas, the Heritage and Museum Director of the brand.

Having kept the craft alive for over 140 years and created landmark designs, the company has been working on a new collection for the past seven years.

"We decided to challenge ourselves," says François Bennahmias, CEO of Audemars Piguet.

Designing the new collection comes with improving the power reserve and precision of the watch, so there was a need for new movements, he tells us.

"In 2012, it was in October when I put forty of our best professionals in a room and I said I was going to close the room for as long as it takes until they come up with a new idea for a new automatic mechanism and a chronograph mechanism," he remembers, adding that in a little over four hours, all of them went to dinner having worked out the innovations on paper.

Years of development followed until all 13 models of the CODE 11.59 collection were completed. According to the brand, each piece is designed for both men and women and prices vary between 25,000 – 295,000 CHF (21,700 - 255,800 Euros) before tax, depending on the added functions or ‘complications’ such as the perpetual calendar, or a minute repeater characterized by the added sonic power of a pocket watch.

Another challenging innovation, which took two years of development to achieve, was to produce a 24-carat gold logo in raised letters, and placing it by hand on the dial instead of the usual printed one.

Bennahmias believes that tomorrow’s innovation in the field of mechanical watches will be about robustness, extreme design and extreme reliability, and it will be influenced by the car, phone, and screen industries As to whether smartwatches pose a threat to the future of mechanical watchmaking, Bennahmias says no, adding they are "two completely different worlds and they can really live together" and that a timeless piece will always have its charm.

"The younger generation got used to throwing away things, for example, their iPhone when a new model comes out,” he says. “But the watches that we make will last forever. If you come tomorrow with a watch from 1875 or 1876, we will repair, fix and restore the watch the way it was done then.

“So we keep all the craft, all the knowledge, all the skills needed to actually be able to fix and repair your watches forever."

Click on the video above to learn more about how months of handwork on the hundreds of pieces make these mechanical wristwatches come alive.