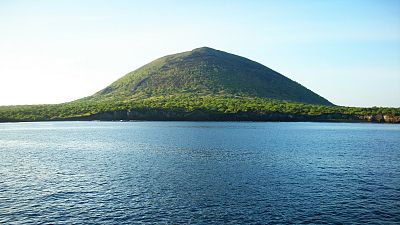 The Galápagos Islands inspired the naturalist Charles Darwin to form his theory of evolution during his travels there in the 19th century.

The archipelago, which lies 1,000 km from the Ecuadorian coast, is a UNESCO World Heritage Site but has one of the most fragile ecosystems in the world. There are large scale efforts to improve wildlife conservation for these islands.

Tourism to the islands is limited, as well as the number of inhabitants, yet several species became extirpated, notably the land iguanas from Santiago Island. The last one was documented by Darwin in 1835.

Invasive species wiped the island clean of iguanas — an ecological void that has now been filled thanks to an ambitious restoration project. Since 2000, conservationists and ecologists have been removing some human-introduced animals from Santiago Island, such as wild pigs and goats, in the hope of restoring this Galapagos island to its former ecological glory. The next step was to reintroduce the iguanas.

Click on the video above to see learn more about the project.