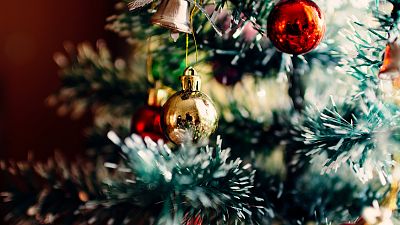 Crafting Christmas decorations using hollow glass beads has its very unique history in the Checz Republic and, in fact, this is where the last workshop of this tradition can be found. In a mountainous village called Poniklá, in the Northern part of the country, a tiny family company preserved the tradition. This craft is the product of the region's once-thriving glass industry.

In the workshop of the Rautis company time seems to stand still, they continue to preserve old technologies and their ornaments are inspired mostly by old patterns.

The production of glass beads in Poniklá started in the middle of the 19th century. Originally, the blown glass beads were mostly used to decorate folk costumes in Germany, Austria and elsewhere. But after a Japanese competitor copied the production in the early 20th century and flooded global markets, local bead makers had to find a new use for them. Christmas decorations became a successful choice. The Rautis company has been founded around this time in 1902.

The glass ornaments of this company bear the Krkonoše Regional Product certification, which guarantees the local origin of the product as well as the environmental friendliness of the manufacturing process.

Click on the video above to see how these traditional Christmas ornaments are made.