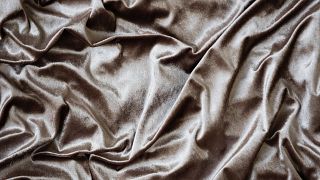 Inside the machine-crammed Mouhtarides factory near the Greek-Turkish border, Ioanna Pistola deftly spins a silk thread in a loom, ignoring the deafening noise around her. "I've been working in this hall for 20 years," the middle-aged weaver shouts above the din.

The dormant, isolated northeastern Greek city of Soufli has been a key centre for the country's silk production since the 19th century. This was also the first area in Europe to rear silkworms after they were smuggled by Byzantine monks out of India in the 6th century AD.

Towards the end of the 19th century, sericulture became the main occupation for the residents of the area, and Soufli became the centre of processing and distribution of the products. During this time, silk has played a role in the family history of practically everyone who originates from Soufli, almost every house was equipped with a loom.

In its heyday, the local Givre factory (closed in the 1960s) exported silk as far as the French cities of Lyon and Bordeaux. The industry has sustained the town of around 4,000 inhabitants for decades, although the number of factories has fallen after World War II.

Click on the video above and watch how this remote town finds itself back in fashion again.