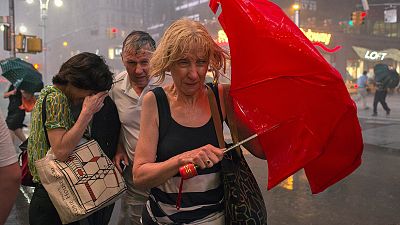 New global data shows last month was warmer than average. In Europe, it was the warmest September on record. Portugal and western Spain were particularly warm.

In the United States, Hurricane Florence led to dozens of casualties as it dumped record-breaking amounts of rain on North and South Carolina.

The Northern Sea Route has become passable due to the lower than usual ice cover. A Danish cargo ship was the first to trial the passage which runs from Alaska along the Siberian coastline.