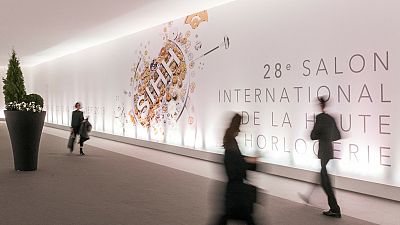 SIHH, the Salon International de la Haute Horlogerie, reunites every year a selected number of fine watch-making brands for a week in Geneva, Switzerland. For the past 28 years, the event prides itself on laying down the trends to watch for the upcoming horological year. Confidential, SIHH is a close-knit rendezvous of 18 historical houses and the Carré des Horlogers (Square of Watchmakers) gathering 17 lesser-known brands. We were invited to browse the Salon and discover this year’s most remarkable pieces of watchmaking.

This magnificent watch for women is an astronomical observatory on a wrist designed by Christiaan Van Der Klaauw for Van Cleef & Arpels. The Lady Arpels Planetarium is a jewel-incrusted creation showing a pink mother-of-pearl Mercury sphere, a green enamel bead Venus and a turquoise Earth as they circle around the Sun that is made of pink gold. All the pieces are moving at their actual speed: 88 days for Mercury, 224 days for Venus and 365 days for Earth. As for the Moon, a white gold with serti neige style diamonds, it rotates around the Earth in 29.5 days. Each numbered watch comes with a blue glitter alligator strap, and a white gold pin buckle or white gold bracelet, both set with diamonds. 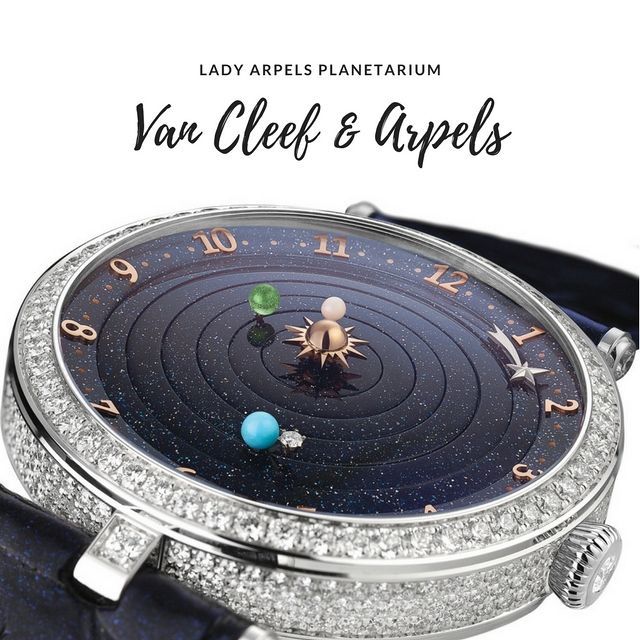 “Our 2018 collection is designed around two main visions. A poetic vision of astronomy, at the crossroads between science and imagination; like a fairy tale that meets a technical piece of engineering. The other is a vision of an enchanted garden with flowers opening up to reveal the dial. These are pieces of fine jewellery, decorative art and a part of traditional watchmaking,” describes Nicolas Bos, CEO of Van Cleef and Arpels.

Flowers were the theme of the SIHH opening party held last night in Geneva. A night poetically named “Blooming Time”, this large event gathered CEOs from the 35 watchmaking houses for the first time on stage for a highly-coveted inaugural picture. The pastoral decor depicting the four seasons was made out of thousands of human-sized flowers geometrically cut in delicate paper. See below highlights of the event captured and posted on our Instagram.

Attention to detail is what the luxury industry does best. To celebrate its 150th anniversary, the Swiss brand IWC Schaffhausen brought a watchmaker on set. We picked her brain as she dissected a Pocket Pallweber from 1884, opening it up to show its unique mechanism. As she was “finding the balancing point” on a wheel, she told us restoring this vintage model — 2 per year — was the “dream”.

The brand is launching a Jubilee Collection of 28-limited pieces from IWC’s Portugieser, Portofino, Da Vinci and Pilot’s watches. However, the star of the show is the tribute to the Pallweber, of which there are only 250, featuring a 45mm red-gold case, a white dial with a 10-coat lacquered finish and digital, jumping hours and minutes. “We are also opening our new manufacture this year. Eleven thousand square meters. It’s the first time since 1874 that we are building something from scratch. There, we will be producing two new in-house movements, the 69 and 82 caliber,” adds Chris Grainger-Herr, CEO of the brand.

Armin Strom, Chronométrie Ferdinand Berthoud, DeWitt, F.P. Journe and Romain Gauthier are the new lesser-known independent brands joining ‘Carré des Horlogers’ this year. Chronométrie Ferdinand Berthoud takes its name from the eponymous watchmaker, native of the Val-de-Travers region of Switzerland. The scientist and engineer was renowned for his sea chronometers, having held the coveted position of Horologist-Mechanic by appointment to the French King and the Navy during the reigns of Louis XV and Louis XVI, as well as under the Empire. 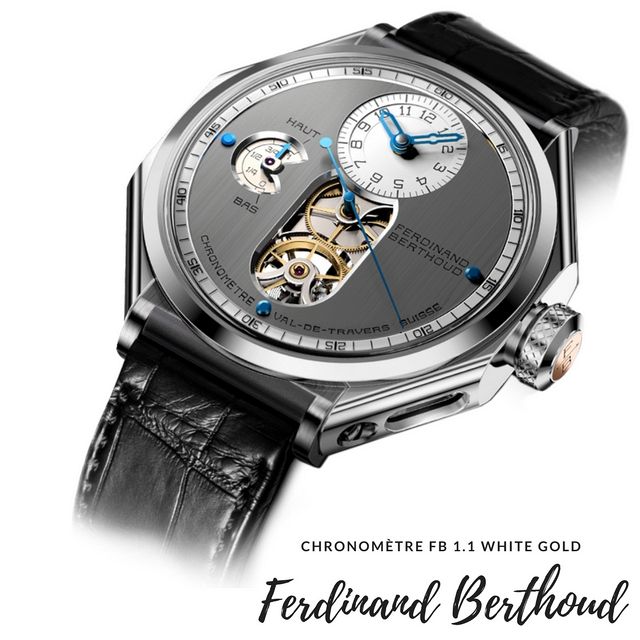 Although Chopard owns the brand, CEO Karl Friedrich Scheufele explains his ambitions are to keep Ferdinand Berthoud confidential and exclusive. Production is 30 watches per year, sold in only eight retail stores around the globe. “We have great ambitions in terms of watchmaking, but not so much regarding the number of produced pieces,” he says. 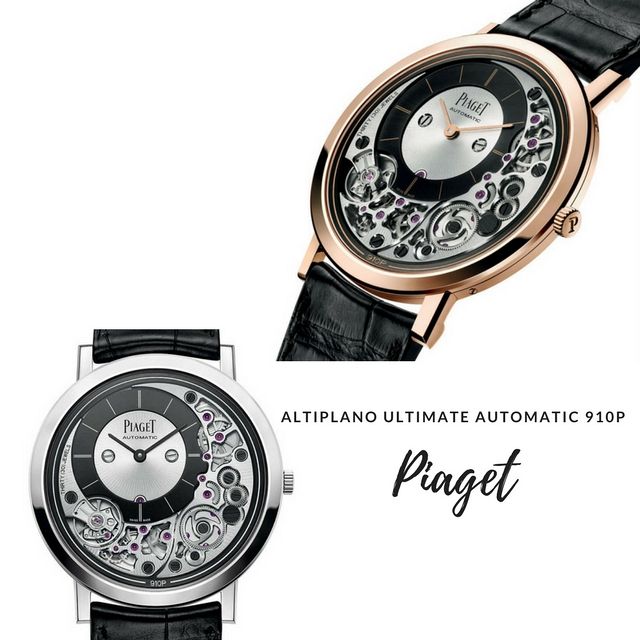 In celebration of the 60th anniversary of the Altiplano, Piaget reclaims the title of thinnest automatic watch in the world — pipped last year by Bulgari’s Octo Finissimo Ultra-Thin Automatic — with the Altiplano Ultimate Automatic 910P. Indeed, the new Altiplano is only 4.3 mm thick. The brand achieved this record by integrating the movement’s baseplate into the case, rather than having the case encapsulate a separate movement. Whilst most wheels in movements are about 0.2mm thick, they are just 0.12mm here; an obsession for ultra-thin pieces has fueled the brand since the 20th century. Available in 18-karat white and pink gold with a black alligator leather strap and matching gold pin buckles, the new Altiplano is also limited to 200 editions. 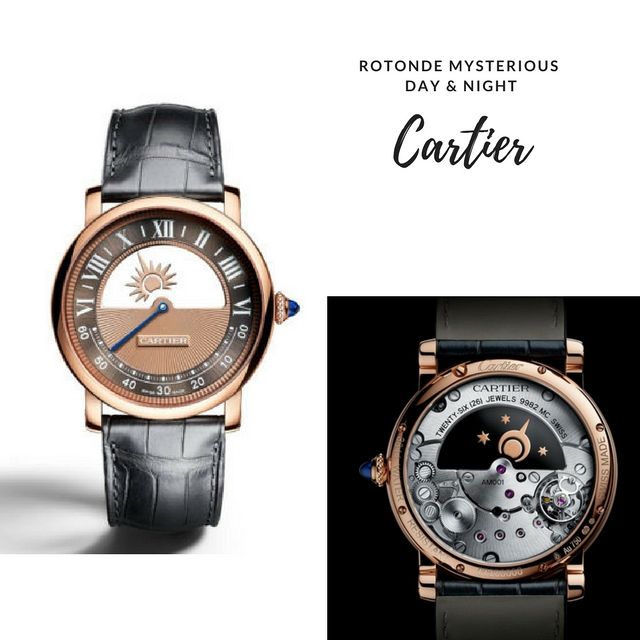 Drawing from its heritage, Cartier brings two historical complications dating back from 1912 in its new release: the Rotonde Mysterious Day & Night. The mysterious movement was created for the Model A mystery clock, while the day/night movement was part of the Comet clock, which is also known as the Planet clock. Both animates the top half of the watch, driving the sun from left to right before handing over to the moon, along a 12-hour scale that is graduated from six to six. The blued steel hand shows the minutes on a retrograde display along the bottom half of the dial.

For the second year in a row and following last year’s success, the Salon International de la Haute Horlogerie is also opened to the public. Visit sihh.org to book your ticket.