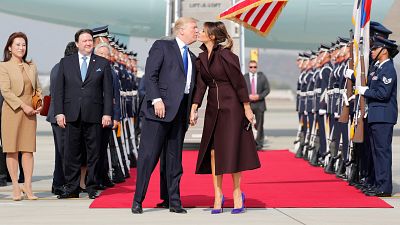 Donald Trump may be calling the shots when it comes to politics but it’s Melania who’s winning the world over with her own kind of fashion diplomacy.

Every appearance she makes not only catches the eye of the media, but also of the fashion crowds. Melania’s impeccable looks stole the spotlight. The first lady stuck to tradition to debut her political style in Asia.

Japan was the first stop on their 12-day tour of Asia. Melania disembarked from Air Force One wearing a woollen coat by Italian fashion house Fendi. 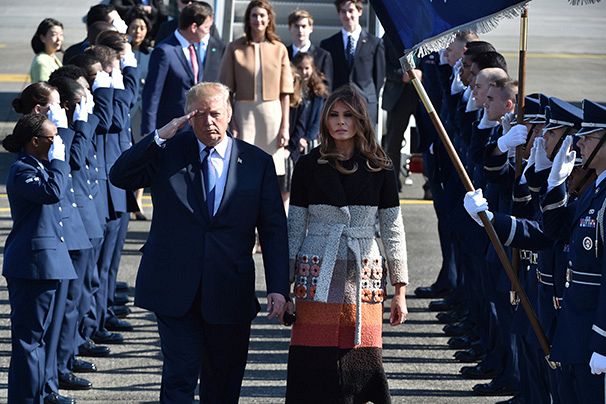 Donald Trump and his wife Melania are welcomed upon arrival at Yokota Air Base in Fussa City, Tokyo prefecture, Japan November 5, 2017. REUTERS/Kazuhiro Nogi/Pool 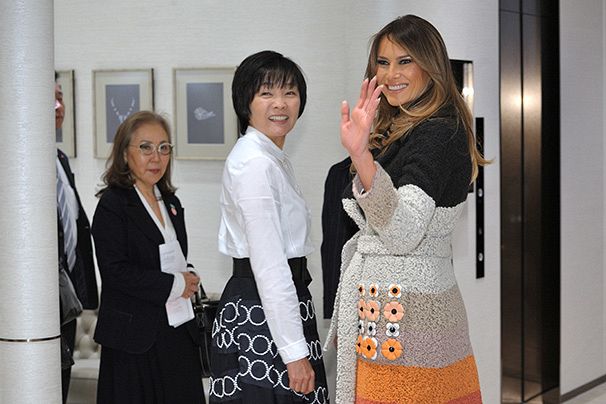 Melania is welcomed by Japan’s First Lady Akie Abe as she arrives at Mikimoto Ginza Main Store for a cultural event in the fashionable Ginza district of Tokyo, Japan, November 5, 2017. REUTERS/David Mareuil/Pool

For dinner on Sunday night – with Japan’s Prime Minister and his wife at Ginza Ukai Tei restaurant – she wore a black coat dress by French designer Herve Pierre. The two first ladies colour coordinated in black. 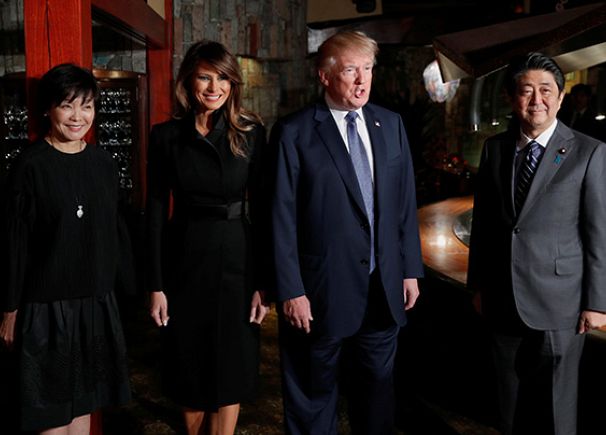 For their second day in Japan, Melania opted for a navy mid-length Dior dress with flowing sleeves (€3,000). She completed the look with a pair of velvet Manolo Blahnik heels (€500). 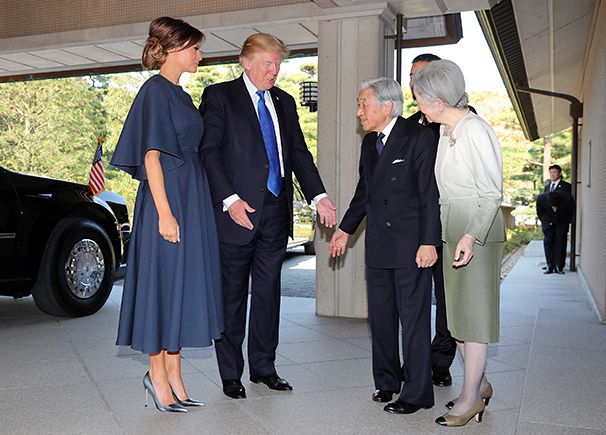 The first lady wore the same Dior dress to attend a calligraphy class at an elementary school in Tokyo. 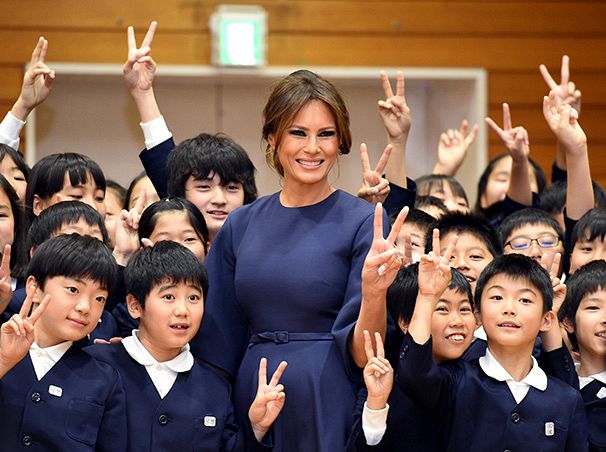 For a state dinner at the Prime Minister’s Akasaka Palace, Melania Trump went for a pop of colour with a vibrant red Valentino gown (€4,225). A silk dress with matching Manolo Blahnik stilettos and diamond earrings. 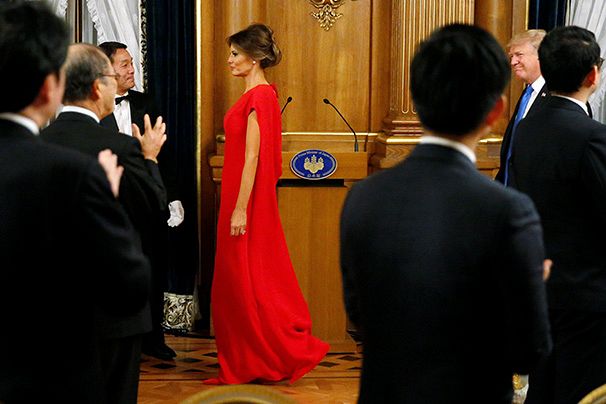 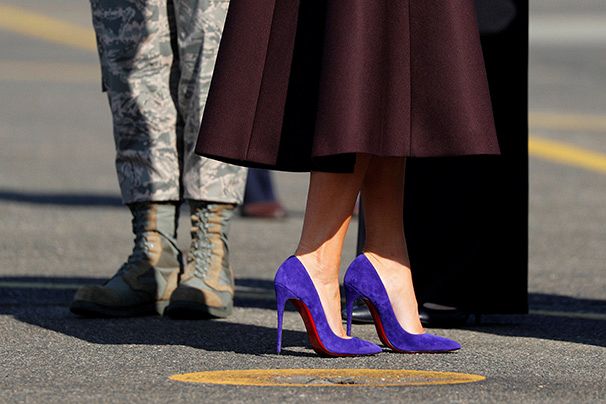 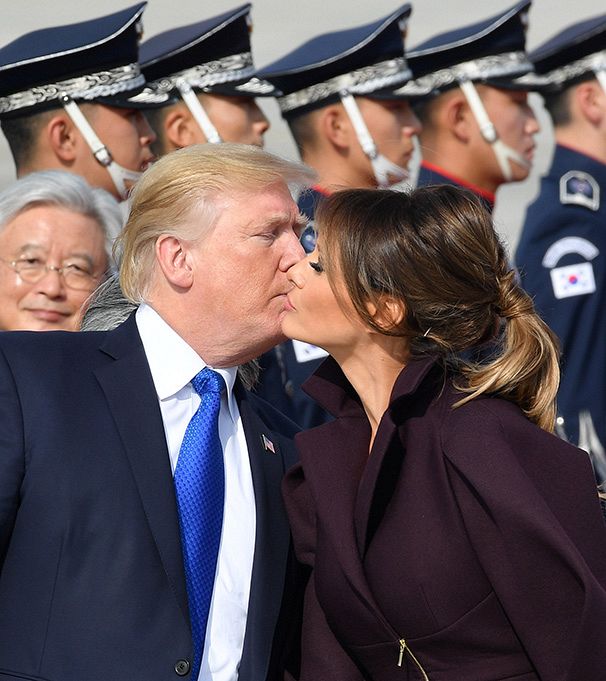 For dinner, Melania made a less conservative choice and wore a sheer lace gown with sequins by J Mendel. The state banquet was held at the Blue House in Seoul. 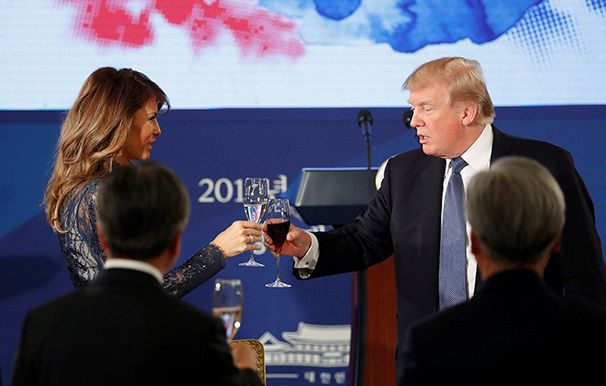 Donald Trump and Melania land in Beijing. Melania went back to black while China rolled out the red carpet with a tour of the Forbidden City. 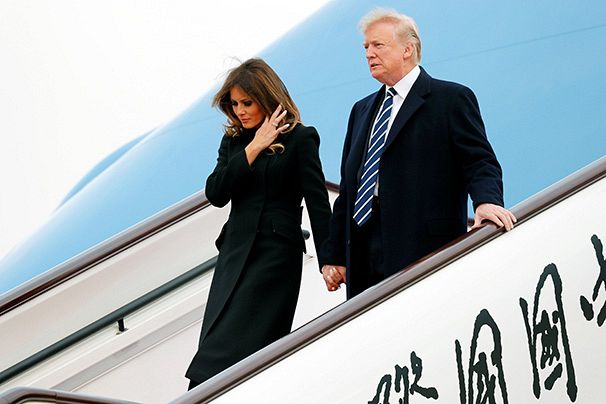 The fashion icon is traveling with President Trump for his 12-day trip around Asia, which will end with Vietnam and the Philippines where her sartorial seductiveness is likely to continue.