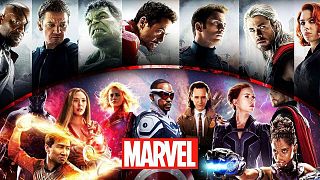 The Marvel movie ban in China has officially been lifted - Chinese audiences will be able to catch up on the MCU's Phase 4   -   Copyright  Marvel Studios - Disney
By David Mouriquand  •  Updated: 18/01/2023

Marvel and Disney can breathe a sigh of relief, as China has ended its three-and-a-half year ban on all Marvel movie releases in the country.

Now, for the first time since 2019, a Marvel Studios production will finally be released in Chinese theaters.

Black Panther: Wakanda Forever and Ant-Man and the Wasp: Quantumania will both be released in China next month after the Chinese New Year. It will be the first time Marvel / Disney releases its titles in the world’s second-largest theatrical market since Avengers: Endgame and Spider-Man: Far From Home in 2019.

The Marvel titles that were blocked from release in China include Black Widow, Spider-Man: No Way Home, Eternals, Shang-Chi and the Legend of the Ten Rings, Doctor Strange in the Multiverse of Madness and Thor: Love and Thunder.

Why were the Marvel films denied release?

Chinese regulators never officially explained why the movies were banned.

This left many to speculate that the trade war tensions between the US and China and the nationalistic policy stance under President Xi Jinping, as well as his repressive tightening of control over civil society, could be the main reason.

Other theories included prioritization of the country’s domestic film industry (at the cost of many international releases), individual censorship offenses committed by the individual films - such as a very brief LGBTQ moments and mentions of same-sex relationships in Doctor Strange in the Multiverse of Madness and Thor: Love and Thunder, and the presence of symbols of US patriotism in the films.

There’s even the so-called political transgressions of the Oscar-winning Chinese director Chloé Zhao (Nomadland, Eternals), who was criticized in China for statements she made critiquing her home country.

Why has China changed its mind?

Hard to say, but there have been recent signs that China is warming up to Hollywood once more.

James Cameron’s Avatar: The Way of Water was approved for release and screening during China’s lunar new year holiday, which is typically reserved for domestic films only.

Regarding Marvel and Disney, the best guess behind this change of heart is the return of former Disney CEO Bob Iger.

Disney got rid of Bob Chapek and reinstated the former big name boss last November, amid a period of financial woe for the company. Iger has had good relations with China in the past and could be mending some bridges with the country.

What’s certain is that this news will be sweet box office music to the bean counters’ ears, as the loss of the Chinese market has cost Disney hundreds of millions in ticket revenue over the years.

According to Box Office Mojo, Ant-Man and the Wasp earned over $121.2 million in China in 2018, Black Panther grossed $105 million that same year, and the ban prevented films like Doctor Strange in the Multiverse of Madness from cracking a billion last year.

The last MCU film to open in China was Spider-Man: Far From Home in 2019, which grossed $199 million at the Chinese box office, and earlier that year, Avengers: Endgame grossed a total of $632 million.

Marvel Studios movies are now bound to hit big box office numbers again, as the only MCU movie to hit at least $1 billion at the box office since 2019 has been Spider-Man: No Way Home.

Several of Marvel’s titles could have easily pushed towards the $2 billion mark with the Chinese market, and the return of MCU releases in China will bring back more routine $1 billion grosses the studio was seeing prior to 2019.

It’s not just Marvel Studios and its fans that can rejoice.

Pandemic-related restrictions hurt China's theatrical industry last year, and the 2022 North American box office rose to an estimated $7.5 billion, a 64% increase from the previous year, according to Comscore.

Chinese fans will be thrilled, but it remains to be seen how many will flock back to the MCU, as audiences have not just missed almost all of the MCU Phase 4 movies, but also the Marvel Disney+ shows, which set up Marvel’s knotty Multiverse Saga.

Black Panther: Wakanda Forever, which was released across the rest of the world in November 2022, will unfurl in China on 7 February, followed by Ant-Man and the Wasp: Quantumania on 17 February, the same date as the American release.