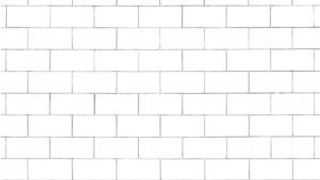 I’ll be honest. Finding the items for a Cultural Re-View today was not as easy as usual. Usually, when glancing back over the history books I quickly find some significant cultural moment is having an anniversary. And while today is the anniversary of big historical moments like the declaration of the Second German Empire in 1871, the formal creation of field hockey in England in 1886, and the Netherlands’ first use of a lie detector in 1951, it seems a bit less happened in the arts.

All in all, it’s just another brick in the wall for culture on the 18th of January.

Although there was an album that went to #1 in the UK charts in 1980. Released in late 1979, Pink Floyd’s ‘The Wall’ was released to instant acclaim.

The band’s eleventh studio album, ‘The Wall’ was the fourth album in the row to hit commercially and critically. The 70s was a good decade for the prog rockers with the release of ‘Dark Side of the Moon’, ‘Wish You Were Here’ and ‘Animals’ all released in the period between 1973 and 1977.

With ‘The Wall’, the band took a shot at the rock opera. The double album follows the story of a jaded rockstar named Pink, who builds a wall between himself as he distances himself from the world amid delusions of becoming a fascist dictator.

It was timeless and yet also incredibly contemporary, with its allusions to the Berlin Wall and their own rock careers.

Previous albums had multiple songs with 10-minute-plus runtimes. But on ‘The Wall’ the band went for snappier more rocky numbers, led by bassist Roger Waters. It led to them creating some of Pink Floyd’s most recognisable songs, from ‘Another Brick in the Wall Part 2’s iconic ungrammatical declaration “We don’t need no education” to the unctuous guitar solos on ‘Comfortably Numb’.

The band hit a new level of success and ‘The Wall’ was turned from a concept album into a fully-blown film. In 1982, based on a screenplay by Waters, Alan Parker directed ‘Pink Floyd - The Wall’.

Originally Waters was planning on starring in the film, but the studio removed him after negative screen tests. He was replaced by the lead singer of another band, The Boomtown Rats’ Bob Geldof.

Featuring the music of the album, the film was a sensation with its striking blend of live action and cartoon visuals.

‘The Wall’ is one of the best-selling albums of all time, and is considered by many to be amongst the greatest. If you’ve got a spare 80 minutes this evening, why not give the classic a spin?