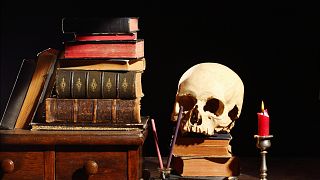 Some readers may find the following events and references to suicide disturbing.

Did an author fake her suicide to sell books?

It looks like that’s exactly what Susan Meachen did. Two years ago, Meachen’s account posted an update in Facebook group ‘The Ward’ explaining that her daughter had taken over her account after her death by suicide.

Over multiple posts, Meachen’s daughter continued to update the community of her mother’s death. Supposedly, Susan Meachen had been bullied by the online book world to the point of suicide. She also added that she had helped finish her mother’s final book ‘_Love to Last a Lifetime_’ and shared the link to buy it.

“I debated on how to do this a million times and still not sure if it's right or not. There's going to be tons of questions and a lot of people leaving the group I'd guess. But my family did what they thought was best for me and I can't fault them for it. I almost died again at my own hand and they had to go through all that hell again. Returning to The Ward doesn't mean much but I am in a good place now and I am hoping to write again. Let the fun begin.”

Predictably this news has set the internet alight. We’re barely a week into 2023 and BookTwitter and #BookTok have probably got enough content through this for the whole year.

Author Susan Meachen died from suicide 2 years ago. Except it turns out she didn’t. What an absolute piece of shit #authors#MentalHealthMatterspic.twitter.com/nNU0LCEU3i

But beyond people rubbernecking to see the chaos of Meachen’s post, there are multiple people who knew Meachen online that were genuinely devastated by her “death”.

One of those was Samantha Cole, a member of ‘The Ward’ Facebook group.

“We grieved for the loss of the woman we considered a friend. I personally was harassed by another author who loves to create drama, claiming I was one of the authors who bullied Susan and drove her to suicide,” Cole wrote in a Facebook post.

“I was heartbroken when I realised it'd been a few months since I'd chatted with Susan in PMs and wished I'd reached out sooner and maybe it would've made a difference for her to know there were people who supported her,” Cole continued.

Upon further investigation, Cole found out that the TN Steele profile that had taken admin control of the The Ward group they had communicated through had been Meachen all this time.

Cole reached out directly to Meachen via Facebook messenger, which she shared screenshots of in her posts.

“Nothing. I simply want my life back. My family was in a bad place and did what they thought was best for me.” Meachen replied an hour later.

In the following back and forth, Cole tells Meachen about the anguish she felt hearing about her death, having lost other people and questioning if she could have done more. Cole also asked a few questions about the actual circumstances of the hoax.

Answering whether it was actually her daughter writing the posts, Meachen said: “I do have a daughter and a son. I’m not worried about the book world letting me back in. I was never really in.”

Meachen also claims she “had no control over what [her] family did.”

“I was in the hospital fighting for my life. But I understand what they did,” she writes. “My books haven’t sold at all. I stayed silent why I worked with my Psychiatrist and therapist to get in a better place.”

So did Meachen fake her death to boost book sales? Most likely not as at another point in 2021, her account was used again to claim book sales had reached zero and later made the profile a private one.

While it’s not clear exactly what happened behind Meachen’s faked suicide, Cole has been truly shaken by the experience.

“Excuse me while I now go get shitfaced in memory of coworkers and friends who I know really did commit suicide,” she signed off.

If you need to contact a suicide helpline, in the UK and Ireland the Samaritans helpline can be reached at 116 123.

In France, the national suicide prevention hotline is 3114

In Italy the Servizio per la Prevenzione del Suicidio hotline is available athttps://www.prevenireilsuicidio.it/