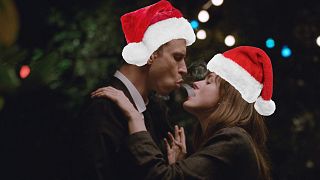 Day 15 of our Cultural Advent Calendar, in which we’re counting down our highlights of 2022 day-by-day all the way to Christmas and beyond. We've done music and streaming and we're now in the third leg of the calendar, listing our favourite films of the year. Today: The Worst Person in the World.

Life can be so messy and confusing at times - something that Joachim Trier’s gorgeous Norwegian coming-of-age film The Worst Person in the World somehow manages to capture so well.

When I saw this film in the cinema I was instantly blown away by it.

It was absorbing, intimate, heartfelt, funny and sad, all at the same time, and is without a doubt my favourite film of the year.

The story plays out over 12 chapters (with a prologue and an epilogue) and follows the character of Julie (Renate Reinsve), a restless young millennial approaching 30, who is struggling to find purpose in the world, and has little idea about what she wants to do, who she wants to date and what kind of person she wants to be.

We watch as Julie's life changes and evolves significantly over the span of four years - including her fields of study and careers (jumping from medicine to psychology to photography), her apartments, her friends and lovers, and crucially - her view of herself.

The character's lives are brought to the screen in a way that feels so specific but extraordinarily universal. Everyone will relate to the story in some way or another, whether it be the subtle nuances of relationships, the angst of adolescence, or the complexities of everyday life and the highs and lows of self-discovery.

With a smart and sensitive script, paired with superb acting from the entire cast, it's an incredibly immersive experience - to the extent where you do end up forgetting that what you're watching isn't actually real.

Unsurprisingly, the brilliant Renate Reinsve won the 2021 Cannes Film Festival Best Actress award as well as a BAFTA nomination. Deservedly so as she puts out one of the most captivating performances I've seen in a while.

There are so many truly wonderful moments throughout The Worst Person in the World that have still stuck in my mind all year - but one sequence in particular really stood out to me.

Without giving too much away there is a scene in the film where Julie flips a light switch and the whole world goes into freeze-frame, leaving her to giddily run through the streets of Oslo. It's a completely spellbinding moment and one which captures the rush of brand-new love.

So for all of us still making mistakes, still asking questions and still trying to figure out this crazy lil' thing called life, this film offers the comforting message that that doesn't necessarily make you The Worst Person in the World.