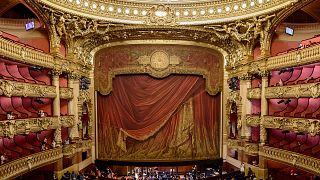 Opera in the UK is having a bit of an existential crisis right now.

In the latest round of funding from the government’s main funding body, many of the largest opera institutions across the country have had their budgets slashed. Others had their funding fully withdrawn unless they’re willing to relocate outside of the capital.

The Arts Council England (ACE) is the organisation in charge of allocating government funding to the arts across the UK. ACE has a yearly funding round for its National Portfolio of Organisations (NPOs). This is where a massive amount of ACE’s yearly funding goes, and it’s a crucial way arts institutions in the UK run.

So when ACE announced its most recent NPO funding allocation, there was an immediate uproar when a trend became apparent.

In an attempt to “level up” the country, ACE was told to prioritise funding to organisations outside of London and focus more on Northern organisations. While the UK’s capital has too-long dominated the cultural sector, this led to many London-based organisations losing out on crucial funding overnight - including some major UK opera organisations.

One of the biggest opera institutions in the UK is Glyndebourne. Set in a manor house in a border country, Glyndebourne’s yearly festival mostly attracts patrons from London. Glyndebourne also does an annual tour with performances in Milton Keynes, Canterbury, Norwich and Liverpool. The tour and its learning and engagement work is supported by ACE funding. This year, its ACE funding was cut in half.

Still, the official press statement from the opera house noted they still had a technically successful application.

Before full guidance can come through, Glyndebourne hasn’t officially stated how they will have to manage their full events and touring programme since the cut.

“We may need to do things differently. What will not change is our commitment to remaining a year-round organisation and to delivering our core purpose of enriching the lives of as many people as possible through opera,” they said.

Forcing an opera to move house

Facing an even trickier situation is the English National Opera (ENO), based in London.

ENO has had all of its ACE funding, a £12.8m (approx. €14.9 million) grant, scrapped. It will only receive ACE funding if it is to relocate to a northern base, ideally Manchester. If it does, then ACE will endow it with £17m (approx. €19.7 million) over a three-year period.

There has been no consideration of the amount of London-based people working for ENO, nor the other means in which it gets funding, which may be contingent on the opera’s London location.

A spokesperson for ENO explains that in a similar situation, when Birmingham Royal Ballet relocated from London in the 80s, the move was undertaken with five years of consultation with audiences, staff and its new home.

“To ask us to begin to move our entire base, workforce of 300 full-time employees who are experts in their field, in only five months' time, and with only a portion of funding to enable this move, is unfeasible,” the spokesperson said.

For the suggested ENO move there has been no consultation with a Manchester venue.

“This suggests a serious lack of strategy or care for the regions outside London on the part of the Arts Council and its Chair Sir Nick Serota and CEO Darren Henley.”

In the most recent available ENO annual report, ACE’s yearly grant is just over a third of the money that the organisation brings in. The rest comes through ticket sales, sponsorship, commercial partners and other donations.

If ENO was entirely funded by the government, its request would be more reasonable. As it stands, it just risks gutting the organisation without clear means for it to survive.

This is part of the larger trend that has seen ACE cut £50m (approx. €58 million) of funding from the arts in London. The specific targeting of opera is largely because ACE and the government pressure behind it considers the artform “elitist”.

In response to the criticism of the funding cuts to ENO and Glyndebourne, Darren Henley has claimed there needs to be a focus on the future of opera.

“A new generation of audiences is embracing opera and music theatre presented in new ways: opera in car parks, opera in pubs, opera on your tablet. New ideas may seem heretic to traditionalists, but fresh thinking helps the art form reimagine itself and remain exciting and meaningful to future generations of audiences and artists,” Henley wrote in the Guardian.

Speaking to Euronews Culture, an ENO spokesperson explained that the opera house had yet to be given “clarity as to why they have made such drastic cuts to the opera across the UK.”

“Whilst we fully support the government's levelling up agenda, there has been no data offered or clarity in the ACE decisions process when making these cuts to the opera industry. Asking us to move our base whilst giving us a 55% funding cut does not align with the Government’s levelling up agenda – suggesting that locations out of London don’t deserve a fully-funded ENO, something we strongly disagree with.”

The ENO go on to detail that they had exceeded all targets set by ACE for their funding.

There’s also good reason to reject claims of elitism and a lack of public engagement from the ENO, it suggests.

“The work the English National Opera does is vital in introducing new and diverse audiences to opera. We sing opera in English, and we are committed to removing other barriers to experience opera - offering free tickets for under 21s, huge discounts for under 35s, and tickets from just £10 (€11) for everyone.”

This work has paid off, they say, as last season’s audiences were 51 per cent first time bookers, alongside a music education programme 'Finish This' which reached 6,500 school children around the country.

Outside of the UK, opera is in a very different conversation. Across France, the Netherlands, Italy and Germany, opera’s importance as an art form is less publicly diminished.

For Dorny, any claim of elitism should be considered in two different dimensions: financial elitism and intellectual elitism.

The funding situation in the UK has always been quite mediocre.

To be financially elitist is to prohibit people from all backgrounds engaging with the arts through high costs and out-of-touch programming.

“The public funder has to, of course, contribute to an extent that the art form is given the opportunity to to be accessible at a reasonable price,” Dorny says. “But the funding situation in the UK has always been, for opera houses, quite mediocre.”

Opera is expensive to put on. It combines elements of theatre, orchestra, dance, and set design, all to an audience limited to the auditorium’s capacity. Making opera financially affordable is therefore always going to be a burden on the state, Dorny suggests.

“If the public funder is not contributing to such an extent that the access to that very form is made accessible at a reasonable entrance level, then of course, it's going to be elitist,” he says.

“The funding situation in the UK has always been very mean and is not similar to what we experience in continental Europe,” Dorny continues.

Germany allocated around €10 billion of public funding for the arts every year. This helps the over 80 opera houses across the country. Not every ticket is affordable, naturally, but enough are that almost anyone, anywhere in Germany, can access the art form.

“Art, as we see it, is a merit good. It must be accessible because it contributes to the setup and to the development of our society,” Dorny says.

Elitism can be a very positive word

The other form of elitism Dorny mentions is intellectual elitism. On this, he believes, Opera should actually double down.

Should opera be “intellectually demanding and therefore questioning and thought provoking”?

“In that sense, I would say elitism can be a very positive word. It is almost the opposite of populism,” he says.

The programme at the Bavarian National Opera continues to take classic operas and reinterpret them for a modern audience. It wants and brings diverse audiences in by making classic and new work that is relevant to them. But, Dorny notes, it is important that it never shies away from difficult topics.

“We propose an opera that questions and deals with contemporary questions so a community can experience something and engage with it,” Dorny says. “I would hope that it can be elitist for everybody and accessible to everybody.”

If London loses the ENO, it will be left with only the Royal Opera House, which Dorny claims is the truly elitist one. By forcing it to move without giving it enough funding, Dorny aims the accusation of elitism at ACE themselves.

“They are making opera inaccessible by their own acts, making it elitist,” he says. “Watching the funding be reduced, they are creating an impossible future for the arts.”