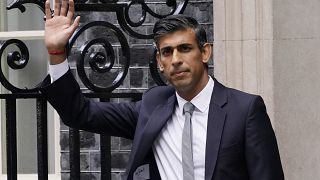 Rishi Sunak enters No 10 Downing Street today as the UK’s third prime minister in 2022, and its fifth in six years.

Sunak’s investiture of Britain’s highest office may be part of the country’s revolving door political environment, but it is significant as the first time someone of Asian-heritage has made it to the top.

The son of African-born Hindu parents of Indian Punjabi descent, Sunak is the first Indian-origin prime minister. That he enters the role the day after Diwali begins is just the cherry on top of the cake.

It’s a significant step for a country that once ruled over India as a colony of the British Empire.

Calling it a straight-up victory for meritocracy might be stepping a bit far, given that the privately-educated Sunak becomes prime minister without a single vote cast in his favour, and after replacing another unelected prime minister (Liz Truss) who beat him in the previous internal-party leadership vote. But it’s a form of a victory, sure.

He’s also not the first European Indian-origin leader. There have been three European prime ministers of Indian descent.

Prime Minister of Portugal for just under three months in 1978, Nobre da Costa’s father was of a mix of Portuguese, Italian, French, Danish and Goan ancestry.

Nobre da Costa was unable to form a majority and resigned on 22 November 1978. If Sunak can last that long, he’ll still manage to be just the second shortest-lived UK prime minister.

Second up is another Portuguese prime minister - the similarly surnamed António Costa.

Costa is half-Portuguese and half-Indian, as his father was born in Maputo, Mozambique, to a Goan family. Elected as prime minister in 2015, Costa has been re-elected twice to remain in his position today.

Varadkar’s father is from Mumbai, India, and it made him the first Indian-heritage Taoiseach of Ireland when he was elected in 2017. He served in the country’s top ministerial role until 2020 and is now the Tánaiste, or deputy head of the government.

Still, despite lagging behind Portugal and Ireland - and despite him not being elected by the actual population - the appointment of Rishi Sunak as prime minister of the UK is still significant.

A new day for Britain

British journalist Sathnam Sanghera pointed out on Twitter that during the Empire, “Britain systematically excluded Indians from top jobs. Sikhs, for instance, were not trusted to drive trains.”

“This racism was imported into postwar Britain. Transport workers banned overtime in protest at the recruitment of black labour (1955), a newspaper revealed that there was not one single ‘coloured worker’ in the West Midlands police force or working as a clerk in a bank (1968).”

“In Wolverhampton an Indian teacher was appointed to a post at a local comprehensive only to have the decision reversed by the School Management Committee (1978). So, yes, whatever your politics, it matters that we have our first British Asian PM,” Sanghera writes.

Some people still perplexed about why Rishi Sunak's race matters. It matters because of the imperial context. As I explain in #Empireland, Britain systematically excluded Indians from top jobs. Sikhs, for instance, were not trusted to drive trains...

Kerala MP and congress leader Shashi Tharoor said, “You can see that Britain has outgrown their racism, shown tremendous willingness to absorb and admit people of other religious faiths and on top of that they've looked at their merit.”

“Whatever the mixed feelings are around his personal fortune, becoming the first non-white leader of the country is important,” writes Dr. Parveen Akhtar, a Senior Lecturer at Aston University in The Conversation.

However, she notes that Sunak “was not popular with the party’s membership when he first ran for the leadership in the summer of 2022.”

“A possible explanation – and one which certainly warrants further research – is that the membership is less comfortable with an ethnic minority leader than it lets on. In a now infamous radio show, a caller professing to be a Tory Party member stated that he, “along with most people”, didn’t think that Sunak was British. While this was the view of one caller on a radio show, such views are a reminder that some people still don’t accept British Asian identity to be truly British.”

Truss and Kwarteng to pocket up to €19,000 in severance pay