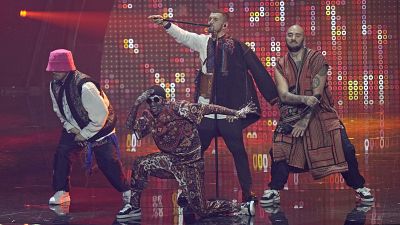 The Eurovision Song Contest has announced a Latin American spin-off.

Producers are currently scouring Latin American cities, from Sao Paulo to Buenos Aires, to find a host for what is currently called The Eurovision Song Contest Latin America.

Closer to home, British cities are battling it out, as the runner-up nation is set to host the contest in 2023.

“Eurovision Song Contest Latin America is the embodiment of that fervent passion, as well as a continuation of the broad vision we, the producing team, have for Eurovision as a global brand.”

Is Eurovision popular around the world?

The Eurovision Song Contest already has entries from non-European countries like Israel and Australia, the latter of whom are allowed to enter until 2023 under the ‘building bridges’ campaign.

The contest enjoys popularity the world over due to its camp spectacle and showcase of European music from the cheesy to the profound. This year it faced challenges after banning Russia due to its invasion of neighbouring Ukraine.

In 2022, Eurovision garnered more than 75 million unique viewers on YouTube across 232 global territories.

Of this figure, Latin America contained some of the top markets for non-participating countries with Argentina, Brazil, Chile, and Mexico seeing the highest content views.

The global popularity of Eurovision has meant continental offshoots have been in the pipeline for some time.

“The unique Eurovision format finds new fans across the globe every year and we can’t wait to expand the brand in this hugely diverse part of the world.”