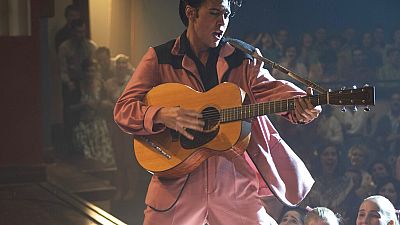 'Elvis' has defeated 'Top Gun: Maverick' in a battle for the box office top spot.

The two blockbuster films reported identical ticket sales Sunday, but after the final numbers were calculated Monday the 'King of Rock and Roll' came out on top of the weekend.

Film studios can use Friday and Saturday box office figures to fairly accurately predict Sunday's ticket sales, even without having concrete data.

Paramount Pictures slightly overestimated how much 'Top Gun: Maverick' would coin in over the weekend.

Joseph Kosinski's 'Top Gun: Maverick' is now in its fifth week of release.

Both films performed well, despite the box office battle.

The Elvis Presley biopic opened above expectations and drew in large numbers of older cinema-goers, around 60 per cent of Elvis's audience was over the age of 35.

Older audiences have been among the most hesitant to return to theatres following the pandemic.

Overall, the film, which stars actor Tom Cruise, has earned about $1 billion (€0.94 billion) worldwide, ranking it as the 15th highest-grossing film of all time in the US.