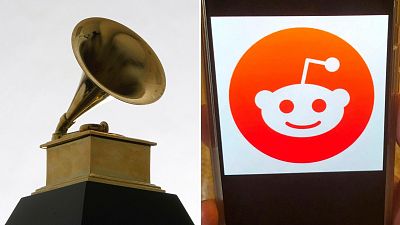 Reddit user Pax Libertas just wanted to post one of her songs on the website for anonymous feedback. Little did she know three years later she’d be listening to over 7,500 songs a year to create the Independent Reddit Grammy Awards.

Posted for the second year in a row, Pax (she requested to stay anonymous), listened to every single song posted on the subreddit r/indiemusicfeedback to create a database of the nearly 8,000 songs. Then, grouping them into genre categories, she awarded a Reddit Grammy to her favourite 182 songs across 179 genres.

It all started with Pax just wanting to share a piece of music she had written on the subreddit r/ThisIsOurMusic, which encourages users to post their self-made music. Although the subreddit has over 85,000 subscribers, she noticed that many of the posts go without any comments or feedback.

“I started to realise that the subreddit was full of people asking to be listened to, but very few people were listening,” Pax says.

To solve the problem, she created her own subreddit, r/indiemusicfeeback. The catch was you have to give five quality pieces of feedback to other musicians before you’re allowed to share your own music. “This created a system where musicians were listening to each other, instead of ignoring each other,” she says.

Not one to baulk at the challenge of her own subreddit, Pax challenged herself to listen to every song that was posted on the page. It was an increasingly big challenge as the subreddit now has over 48,000 subscribers.

Listening to the thousands of pieces people posted meant listening to tons of genres Pax hadn’t initially heard of. “I discovered genres I had no idea existed. I still remember when I first discovered Hyper Pop, it was so different and interesting. Unlike anything I had heard before.”

Pax kept a database of music categorised by the genres users posted the songs under. She then assessed each song on criteria such as whether it offered something unique, had moved her emotionally, and if she would want to listen to it again.

Through this system, Pax discovered some gems she has championed from the online indie music scene. Some of her favourites from this year include Gutter Punk, for his vocals and kaleidoscopic harmonies; Oshua for her catchy R&B music; F-use for their melodic, screaming hard rock, Atlantic Canyons for their blend of dream pop and alt-rock; and Priscilla Hernández for her combo of new age and fantasy folk.

One of the things that drew Pax to appreciate independent music so much has been the freedom that the musicians have to experiment with their sounds.

“Big artists have a team of people telling them what they can and cannot do. They have to live up to being a celebrity. And considering how much money they make, it can be hard for them to stay grounded with similar struggles and passions that normal people have,” she says.

“I think many of us miss out on the viewpoints and expressions of the everyday person.”

Discovering this well of unheard music through her subreddit also opened her eyes to the breadth of music being created that goes unheard by big audiences.

“Even after 3 years of paying attention to the underground scene, it still startles me to hear such good music and see that these people have very few plays. One thing I have discovered is that quality music doesn’t translate into being famous,” she notes.

“Most people that make music will go completely unnoticed. Many of them realise this, and simply put their music out into the world just hoping that there will be a couple of people who are interested enough to listen. Even just one person taking an interest in their music can make a huge difference in their lives. It can help them feel heard and validated,” Pax says.

Although many of the artists she has discovered aren’t counting on their songs reaching big audiences, inclusion in Pax’s annual Independent Reddit Grammys awards has brought followings to unknown artists. The 2022 post has already received more than 25,000 upvotes and 1,000 comments.

“My favourite feedback has been from the artists themselves. It always fills my heart with joy to experience how surprised and excited they are when their listener count jumps from six to a couple hundred, or even to a couple thousand! I love to see it, and I love that they are inspired to continue to make music,” Pax says.

Winner of best female vocalist, Mallika Vie, posted a comment on the awards thread saying: “FINALLY FIGURED IT OUT AND HOLY F**KING SHIT. Honestly the BEST surprise ever. Just super validating and encouraging and truly just made me so so so so happy wtf.”

“Making music is a wonderful form of therapy and I love to support it in other people. I think if we all paid more attention to underground artists, we would have a lot more happy people in the world. People who felt heard and valued,” Pax says.