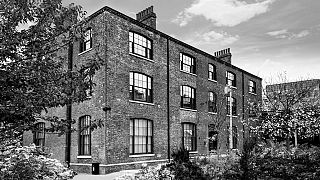 The UK's first dedicated LGBTQ+ museum opened its doors in London last week. The Queer Britain museum celebrates and commemorates the history of the queer community, and is the first national, permanent collection of its kind in the country.

What can visitors expect to see there? And where else in Europe can you visit museums dedicated to LGTBQ+ stories?

Led by director Joseph Galliano, a former editor of Gay Times magazine, the idea for the museum took shape after he visited an exhibition of queer art at London’s Tate Britain gallery in 2017, commemorating the 50th anniversary of the decriminalisation of homosexuality in England and Wales.

“I was struck by the fact that so much momentum had been built up around that anniversary within the museums sector,” Galliano told the Huffington Post. He saw this as an “opportunity to take that momentum, and broaden it” by opening a museum that would reflect the entire spectrum of Britain’s queer community including “women’s stories, people of colour, [and] trans people”.

It was important to Galliano that the museum would be fully accessible – all the displays are spread across a single floor – and free to enter. Queer Britain also aims to become a hub for the queer community in London and beyond.

In the first room, visitors can see works of queer art from Sadie Lee and Paul Harfleet. In the second there is an exhibition on “chosen families”, with images by Alia Romagnoli, Bex Day, Kuba Ryniewicz and Robert Taylor exhibiting the diversity of Britain’s LGBTQ+ community.

Room two also features historical images, dating from the 19th century to the present day, through landmarks including Section 28, a collection of laws that banned the "promotion" of homosexuality in the UK between 1988 and 2000.

And no museum would be complete without a gift shop – which here specialises in queer literature.

“I want people to be seen, to feel celebrated,” Galliano told Pink News. “I want people to feel like they’re connected to a deeper heritage, that they haven’t just emerged from nowhere. I want people to look backwards in order to be able to understand who they are now. So that we can all imagine the best of all possible futures together.”

The International Gay and Lesbian Information Centre and Archive in Amsterdam has been cataloguing queer history since its opening in 1999 and has a collection of more than 100,000 items, including books, journals and magazines, films, documentaries, posters, photographs and other objects.

IHLIA's goal is “[to reserve] the information of yesterday and today for tomorrow [to] keep LGBTI history alive for target groups in the future".

The museum was founded on the principle that archives are not neutral organisations; if queer history is to be documented, the community cannot rely on the selections of non-queer historians. IHLIA’s current exhibition “The Archive in Progress” examines this lack of neutrality in archives, delving into the history of queer archiving in the Netherlands.

The first museum in the world dedicated to queer history, the Schwules Museum was founded in 1985 and displays items dating back as far as 1896. Schwul is a slang German word meaning gay, and – having previously had mostly derogatory overtones, but having been reclaimed by the community – is comparable to the modern-day use of queer in English.

Alongside its huge archive, the Schwules Museum also hosts exhibitions on queer history and community. It held its first exhibition in 1986, celebrating “90 Years of Homo Press”. The space has also housed a nightclub, a café and an LGBTQ+ rights lobby and support group.

Beyond the German capital, the Gay History Centre in Cologne has an impressive archive of documents showing the history of queer communities in western Germany.

The permanent exhibition “Heaven and Hell: 100 Years in Gay Cologne” is a great collection of the centre’s archival objects, from club flyers to taped testimonies.

Due to open later this year, Queercircle will be another gallery space exhibiting queer art in London.

Also including a project space and a library, the founders hope Queercircle will host a “groundbreaking community-focused programme of exhibition commissions, collaborative artists residencies and year-long learning and participation opportunities". They added: "Our new home will provide a holistic environment which celebrates queer identity, champions arts and culture, and supports the wellbeing of our community.”

OK, so this one isn’t actually a museum... it's a gay club in the heart of Barcelona. Open only on Friday and Saturday nights from 11pm to 3am, it’s definitely a different kind of museum visit to the others on this list, but just as much fun.