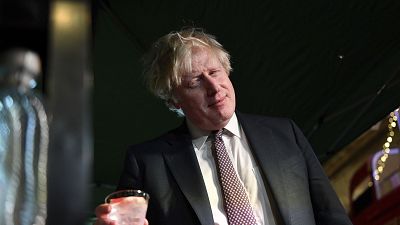 As the Twitterverse continues to expound upon the merits and demerits (let's face it, it's just demerits) of governmental boozing habits, it's high time we took a squiffy shufty at the UK Government Wine Cellar.

That's right. There is one. And it's big, and its stock is very different from the now-infamous Co-op on the Strand.

What is the Government Wine Cellar?

The Government Hospitality wine cellar is kept in the basement of Lancaster House in London's St James' area and serves as a working resource to provide wines for large-scale receptions.

Wines are bought young, and for that reason they are comparatively inexpensive. However, the Government says the young wines are "held in the cellar, so that they can be used when fully mature." Wines that are made for bottle ageing are often a good deal more expensive than young wines that were produced to be drunk young.

Who decides which wines are bought?

The selection of wines for the cellar is carried out on the recommendation of the Government Wine Committee (GWC). The committee is made up of experts in the wine trade, often Masters of Wine, so they know value when they see it for both buying and selling.

The Chairman (currently Sir David Wright, former Ambassador) and the 4 Masters of Wine members of the Committee make their selections for purchases based on blind tastings.

How do they decide what wines to use for which occasion?

Wines are selected for use depending on the guidance offered by the GWC on grading, quality and readiness. Government Hospitality staff select the wines to be used for each event, depending on the nature of the event, seniority of the guests. So a state banquet might see some First Growth Bordeaux wheeled out, but if it's just a mid-level or small event, you're more likely to see the domestic and Commonwealth bottles take precedence.

What's in the cellar?

In March 2020 the cellar contained 32,921 bottles of wines and spirits. And while we don't have a full breakdown of the inventory, we do know about usage.

Bordeaux Red is the most used style of still wine. Claret is something of an English tradition and it wouldn't be inaccurate to say that, without Britain, the history of the Bordeaux wine industry would look very different. 257 bottles were brought out for events during 2019/2020.

The most cork pops were down to English and Welsh sparkling wines, of which 613 bottles were registered as used. The lion's share of these would probably have been the 2017 and 2018 vintages of Chapel Down Bacchus from Kent.

There are also a generous number of Burgundy reds and whites.

Comparing the numbers and provenance you can see that COVID-19 had an enormous effect on usage, particularly of Commonwealth wines. Australian wines numbered 141 in 2018/19, but in 2019/20 the number sunk to nine.

New Zealand wine dwindled also, from 75 to 21; South African wine usage plummeted from 210 to 45 and even the Canadian usage more than halved. That's right, Canadian wine. They make icewine in Canada as well as a number of varietals in the Okanagan Valley.

The highest consumption level by volume was of English wines, at 56% of the total. But Welsh sparkling wine is being purchased increasingly. Indeed Britain's first commercial vineyard was at Castell Coch in Wales in the late 19th Century.

'An extraordinary nose of smoky oak and plummy fruit'

One can determine a little about the top end of the Cellar's wines by the Sales reports.

24 bottles of famous left bank first growth Château Margaux 1988 were sold to them in that year.

12 bottles of 1986 Chateau Le Pin, from Pomerol on the Bordeaux right bank would have also boosted the revenue. Iconic critic and wine scorer Robert Parker said this vintage possessed "an extraordinary nose of smoky oak and plummy fruit."

After the outbreak of World War II, wines from the German Embassy were requisitioned and added to the cellar stock.

For part of the war, the bulk of the cellar was re-located to Warwickshire for safe-keeping.