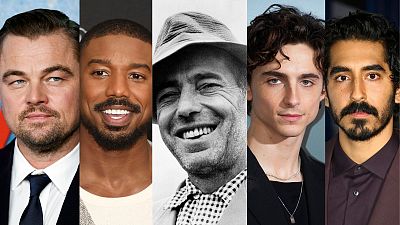 In the closing scene of Casablanca, Humphrey Bogart’s Rick Blaine stoically looks up at the aeroplane carrying his erstwhile lover, betraying not a shred of emotion as the love of his life flies to safety in Portugal.

“It is seen as a masculine sacrifice, which is romantic in a film but it's a damaging idea of how men should be,” says Dr Neil Fox, Associate Professor of Film at Falmouth University.

During his career, Bogart came to be seen as the epitome of silent, brooding manhood. In lead roles ranging from a prosecutor in “The Enforcer”, an escaped convict in “Dark Passage” or a private detective in “The Big Sleep '' the actor who defined the 1940s, seemed to personify sturdy and reserved masculinity.

“He was an actor who was very contained. There isn’t a great deal of expression or expressiveness associated with that idea,” adds Fox.

Bogart died 65-years ago today (14 Jan 1957), aged 58, after unsuccessful treatment for oesophageal cancer, his premature demise caused by heavy drinking and smoking which was a reflection of his on-screen persona.

But long after his death, the strong, silent archetype that Bogart represents lives on in the public imagination.

“He fell into that older school, where critics think men used to be men,” says Fox.

“The image did exert cultural influence on how people observed things like race and gender roles. These things impacted how people saw the world.”

But who are Hollywood’s leading men now? And what shapes the men we see on screen?

The changing face of men in Hollywood

Bogart and his fellow icons of masculinity in the 1940s such as William Holden and Cary Grant, were succeeded by the method acting of Marlon Brando and James Dean.

The pair were far from contained, with Brando in particular displaying a mixture of primal rage and vulnerability in films like “A Streetcar Named Desire” and “On the Waterfront”.

“Then against this stagey Hollywood style…in the 50s in the 60s you move toward different forms of realism.”

The need for real or unthreatening stars ushered in quirky or approachable actors like Dustin Hoffman and Warren Beaty. Meanwhile the 70s was defined by apathetic rebels epitomised by Jack Nicholson in “One Flew Over the Cuckoo's Nest”.

“The idea of male gender roles prior to that is breadwinner and patriarch,” says Fox.

“Jack Nicholson plays a dropout, people who want to get out of society…it is a really interesting idea of manhood that comes to the fore in that period.”

Then came the backlash of the 80s with muscular, hypermasculine caricatures like Sylvester Stalone and Arnold Schwarzenegger.

“You see a return to a traditional masculinity but it’s going to seem even more fake or artificial than before.”

The leading men of the 90s and 00s are still around today; Brad Pitt, Leonardo DiCaprio, and George Clooney. But are any of them really like Bogart?

“The bro figure…sort of a Matt Damon or Ben Affleck type,” says Gallagher.

“This is the guy you’re definitely going to find down at the bar but he also might be rescuing a cat from a tree.

Did the market kill masculinity?

The trouble with finding a contemporary figure analogous to Bogart is that the modern media landscape would be almost completely unrecognisable to the man himself.

Bogart and his contemporaries existed on screen at a time when little or no other media was available to viewers, and when powerful studios ran the film industry. The actor’s image was carefully curated by Warner Brothers almost his entire career.

In today’s pluralistic world of streaming services, the situation is vastly different.

The diversity of manhood available on screen leads to a plethora of leading men. There’s room for Tom Hardy, Dev Patel, and Michael B Jordan to act out different ideas of what it is to be a man. Meanwhile, figures like the macho, Silicon Valley patrician are brought to life by Oscar Isaac in “Ex-Machina”.

Perhaps nowhere is this pluralistic response to a global market more evident than in the archetype of the ‘soft boy’. Brought to life by Timothee Chalamet or Tom Holland, these men reflect a kind of boyish manhood, leaving room for other characters to take shape around them.

“That will lead some commentators to say…what has happened to these figures? There’s a crisis!” says Gallagher.

However, the truth is much more to do with audience figures. Bogart existed in a one-size-fits-all era, pre-ratings, when every movie was intended for everyone.

These days the most coveted audience is pre-teen and teenage girls. The kind of manhood they are interested in is more likely to be found in the softness of K-pop band BTS, than the gruff immovability of Rick Blaine.

“13-year-old girls…don't find a lot to be invested in a Humphrey Bogart film but they might be [interested] in a Timothee Chalamet film,” says Gallagher.

Does that mean that Bogart’s brand of manhood is consigned to history? Perhaps not.

The final image of “Call Me By Your Name'' is Chalamet’s face as he gazes into the fire after the end of his love affair with an older man, appearing by turns to wryly smile or choke back tears.

Both “Call Me By Your Name” and “Casablanca” are tales of ill-fated love affairs, and stories of manhood. Chalamet’s queer teen is a world away from Rick Blaine, but the performance still owes something to Bogart.

With his back to the room, Chalamet conceals his emotions in a shadow of the repressed version of manhood that Bogart embodied so completely.

It’s a personification that, despite being out of vogue, still lives on in the recesses of the mind.