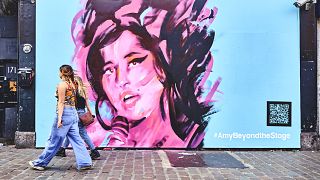 The first major retrospective exhibition on British musician Amy Winehouse is opening on 26th November at the Design Museum in London.

'Amy: Beyond the Stage' allows visitors to step backstage and relive iconic performances, examine her eclectic style and explore her creative process, from concept to stage.

Marking the 10-year anniversary of Amy’s death, the exhibition delves into her emergence as an artist, the musical influences that she drew on, her key albums Frank and Back to Black, and the story behind her iconic beehive, as well as many of her most memorable fashion moments.

The exhibition showcases a collection of many unseen personal items belonging to Amy, such as her first ever electric guitar which she bought on Chapel Street as a young teenager, and also handwritten lyrics from unreleased demos.

“What we’ve tried to do with the show is to tell her story as a creative person, as an incredible musician, as a fashion icon, but also include rare objects that maybe her fans have heard of but they haven’t seen before,” says assistant curator of the exhibition, Maria McLintock.

Visitors can also experience a studio space inspired by Metropolis recording studios, where Back to Black was recorded, and enter an immersive experience based on the track Tears Dry on Their Own.

Winehouse’s family collaborated with the curators of 'Amy: Beyond the Stage', to tell the story of Amy’s early career through her recordings and teenage notebooks.

Check out the video above for a sneak peek of the exhibition.