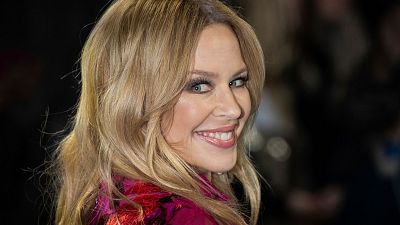 Kylie Minogue feels proud that her gold hot pants are now in a museum.

The 53-year-old singer famously donned the item in the video for her hit single 'Spinning Around' in 2000, but now the lucky, lucky, lucky recipient is a museum 'down under' who have curated a Kylie-themed collection.

Asked about the hot pants, Kylie - whose music releases now span five separate decades - explained: "They belong to a museum, a performing arts museum in her hometown of Melbourne, Australia.

"As do Charlene's overalls, which I probably never owned in the first place - they were a souvenir that I took from 'Neighbours'.

"So they've got the overalls, the gold hot pants, the showgirl thing, the 'Can't Get You Out of My Head' jumpsuit ... yeah, I donated pretty much everything to them in bulk in 2005. Ever since then, they've got some bits and pieces."

Kylie also has a number of items living at the Victoria and Albert Museum in London. The museum are responsible for the collection's preservation and hope to be able to relive the magic of Minogue's style centuries from now.

She told 'Headliners': "The Victoria and Albert Museum have ... my dressing room, basically, from 2006.

"So, I went in there in 2019 and had a little snoop down where my dressing room is and I said to my boyfriend, 'There's those shoes - I've been wondering where those shoes were!'"

The museum were once able to put on a comprehensive showing of Kylie's garments throughout history using loans from the Arts Centre, Melbourne.

Kylie and her sister Dannii have both enjoyed impressive success in the music industry over the years.

And the chart-topping star explained that her parents were always keen for them to develop their talents from a very young age.

Kylie shared: "My parents were keen to expose us to the arts and to music, so I was in music class at about four or five."

The elder Minogue will soon be making her return to Australia after 30 years living in the UK. 'Disco,' the former's 15th studio album, topped charts in both countries last year.