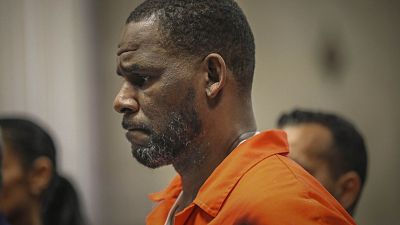 A man has been sentenced to eight years in prison for attempting to intimidate a potential witness in R Kelly’s sex trafficking trial.

38-year-old Michael Williams was sentenced in federal court in Brooklyn.

The Georgia resident is thought to be related to a former publicist for Kelly, and went to Florida in June 2020 to set fire to a car that was outside a home where the witness was staying.

Authorities said his actions were an effort to keep the person from cooperating with the criminal proceedings.

Kelly's trial was pending at the time, and he was convicted in September of this year.

Williams' attorney, Todd Spodek, said a sentence of five years would have been "sufficient but not greater than necessary in this case." He said they were exploring their legal options.

What happened in R Kelly’s trial?

R-Kelly was convicted in September for charges relating to 30-years worth of sexual abuse and sex trafficking. He was accused of violating the Mann Act, an anti-sex trafficking law that prohibits transporting anyone over state lines for ‘immoral purposes’.

At the trial, several women testified that Kelly was sadistic and subjected them to perverse and controlling behaviour. They described how they were forced to call him “Daddy” and jump up and kiss him whenever he entered a room.

Kelly has a history of child-sex allegations and controversies including his illegal marriage to 15-year-old hip-hop star Aaliyah in 1994. In 2002 the singer was arrested for making a video of himself sexually abusing a 14-year-old girl.

These incidents were largely ignored by the music industry and fans until the documentary “Surviving R Kelly” was released in 2019, buoyed by the climate in the wake of #MeToo.

R Kelly’s defence attempted to paint the victims as “stalkers” and “groupies”, but to no avail as the New York jury found him guilty on their second day of deliberations.

Kelly will not be sentenced until May but faces decades in prison.

He is charged with like offences in Illinois and Minnesota.