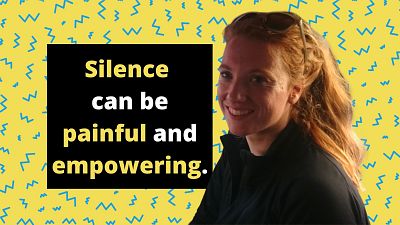 I wait in the shadow of the bus stop in Dakar, the capital of Senegal and look at the shoelaces and sneakers that are on display. Not long after, I see a man approaching me with a big smile. Around his neck hangs a necklace of wooden prayer beads. It is Mamadou, a young Senegalese man in his 30s.

A mutual contact told me he was deported from Europe about three months ago. Now, Mamadou leads the way comfortably and playfully asks where I am from in Wolof to test my language skills. He has been living in this room in Dakar for the last month.

I am surprised of the relative ease about his situation after his recent return to Senegal as I had read and heard several stories about the difficult circumstances of deportees. When I ask him carefully about it, he summarises that coming back is not easy. But he says: “Alhamdulillah. I never let my head down, no, no, no. I am young. I am a man. Everything that will come is ok.”

Tough masculine ideals, such as the need to be strong, not showing emotions and having to deal with the burden of being the breadwinner, are at times portrayed as harmful for both men and women.

But what if the so-called marginalised men, like Mamadou, who aborted his migration journey earlier than he planned, and their surroundings engage with these same masculine ideals to deal with their shared sufferings and pain?

Challenging the stigma of deportation as a man

In Senegal, migration can both be a stigma and a privilege; it can increase social standing but also lead to stigmatisation and suffering, for instance, after an aborted migration project.

Returnees that come back as deportees are often portrayed in Senegal as criminals, or stupid enough to be sent back, or they are at risk of becoming mentally ill due to their experiences abroad. They also face the difficulty of starting again in their home country.

Mamadou and other returnees I met referred regularly to masculine ideals when talking about their migration experiences. They rarely challenged the idea of being tough, of being the family provider and a faithful Muslim, despite their current or previously difficult situation.

Mamadou’s conversation with a Senegalese reporter provides an example of this. The reporter asked in a televised interview how Mamadou is doing since he came back to Senegal. Mamadou responded:

“The fact that I am deported to Senegal does not hurt me personally. But when I think about my family who counts on me, who wants me to succeed, that hurts. I am not married, but I have a father, a mother, sisters who count on me. But I admit, it is not easy.”

Rather than being de-masculinised by the vulnerability and precariousness that might come with deportation, he portrays himself as someone who wants to do good for others.

By doing so, he can be celebrated for his solidarity and manliness and challenges the idea that deportees are victims, criminals, or stupid.

He might not be able to live up to all the masculine ideals now, but he did in the past and is aiming to do better again in the future. This could mean he may leave Senegal again as he did after his first deportation, but for now, he seems to be sorting out ways to stay.

Mamadou was relatively open about his second experience of deportation from Europe, although he does not talk about it all the time. He says: “When people don’t ask, I will not tell.”

The power and pain of silencing emotions

Silencing as part of masculine ideals can be both painful and empowering.

I learned to understand this better when I met Oumar. He told me he studied in Europe and then returned to Senegal to work.

Not long after we met, he suddenly left Senegal again to continue his studies. I saw him years later and it was only then that an unspoken part of Oumar’s journey was revealed: his first stay in Europe wasn’t completely legal. The first time he went there, he had lived some time as a ‘sans papiers’ (undocumented). He was later deported.

It turned out that I was not the only person Oumar did not tell his full story to. He rarely shared this secret, as he was afraid that people would not understand or think that he was complaining.

As a Senegalese son and a Muslim, he saw it as a cultural and religious duty not to speak out. Although his sudden return was not a topic to ask him about directly, people still had their thoughts.

“Everybody knows but no one knows. Until we say it, we do not know,” he said. He finds his negative image and the fact that people don't speak to him cruel.

Having to keep his feelings to himself was difficult, he also saw silence as a way to prove his worth and demonstrate how he grew in Europe. To show his ability to deal with difficult situations, he secretly planned a new trip to Europe. He only told people he was leaving on the day of his departure.

This new trip enabled him to become a celebrated young man once again and allowed him to shed the negative associations related to his untimely first return.

“It leaves aside the shame and everything, so they forget the situation and think of the current situation,” he said.

The dominant masculine ideals of being strong and a breadwinner in Senegal led to pain and suffering for both Mamadou and Oumar, but these ideals also offered them opportunities to re-establish their masculinity. While this might not be feasible for all Senegalese men who come back, it is for some.

Karlien Strijbosch is a Ph.D. candidate at Maastricht University in the Netherlands. In her dissertation, she investigates how male returnees in Senegal narrate and perform their migration experience in relation to their masculinity. In collaboration with the University of Cheikh Anta Diop in Dakar, she spent almost a year in Senegal talking and engaging with various stakeholders in the process of return migration, most notably returnees themselves. _

Podcast | The grim fate of migrants returning to Guinea