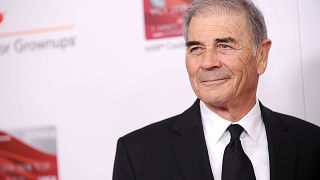 Robert Forster, the actor who was nominated for an Oscar for his portrayal of bail bondsman Max Cherry in the Quentin Tarantino hit "Jackie Brown," has died, his agent confirmed. He was 78.

His agent, Julia Buchwald, confirmed his death. Variety earlier Friday reported news of Forster's death and said he died in Los Angeles of brain cancer. Forster appeared in more than 100 films over the course of his career.

Forster was born in Rochester, New York, and started his career on Broadway in "Mrs. Dally Has a Lover" before John Huston cast him in "Reflections in a Golden Eye" opposite Elizabeth Taylor and Marlon Brando, Variety reported.

Breaking Bad star Bryan Cranston tweeted: "I'm saddened today by the news that Robert Forster has passed away. A lovely man and a consummate actor," and he recalled meeting Forster on the movie "Alligator" nearly four decades ago.

"I never forgot how kind and generous he was to a young kid just starting out in Hollywood," Cranston wrote in the tweet. "RIP Bob."

He was nominated for best actor in a supporting role for "Jackie Brown" at the 1998 Academy Awards, but the award went to Robin Williams for "Good Will Hunting."

Forster also starred in the 1969 film "Medium Cool," in which he played TV cameraman John Casselli, and he was in the 2001 David Lynch film "Mulholland Drive" playing Detective McKnight.

Forster in an interview with the Chicago Tribune in 2018 recalled going nearly two years without a job in a period of struggle before being cast in "Jackie Brown."

"You know what, everything teaches you something. The job of real life is the job of caring for others. Everything you do in life is superfluous compared to that," he said in the Tribune interview.

The actor also said in that interview that despite the lull before the Tarantino film, his career was "nothin' but luck."

"Seriously. I got lucky every step of the way," he said.