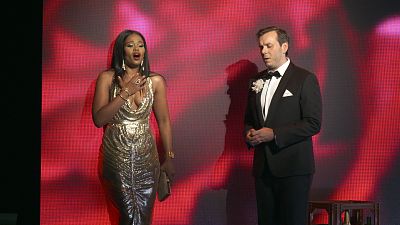 A daring new staging of Verdi's legendary La Traviata brings the classic tale into the internet age. And it has clicked with audiences at Opera Garnier.

In Simon Stone’s take on the beloved opera, the heroine Violetta is an influencer, an "it-girl", independent and digital savvy.

South African soprano Pretty Yende is magnificent in her debut in the role.

"She's a modern woman who lived by her own rules,” Yende tells Musica. “She stood up for her femininity and her way of life even when society deemed that immoral. She represented freedom."

French tenor Benjamin Bernheim enthralls as her tragic lover. He is full of praise for how Stone has modernised La Traviata.

"He’s created a world of social networks on the internet and portrays the desire of millions of people to follow somebody on social media, to be liked and to be noticed, and to show that you follow somebody.

Verdi set the opera in Paris and based it on the life of Marie Duplessis, one of the most celebrated and sophisticated Parisian courtesans.

"To have this story in Paris with a woman who lived here makes it so real because when I walked the streets I felt like I was her, that she might have walked here."

"To sing at Garnier is really magical. You feel a little bit like you’re in a fairy tale. One can only imagine the music and singers that these walls have heard over the last decades, even centuries."

"There are a lot of personal things also that I have gone through in my own personal life that were so terribly hard. Those moments can somewhat give me a glimpse of what she went through in her own sacrifices for her own life."

From Wagner to Broadway: Terfel takes Sydney Opera by storm