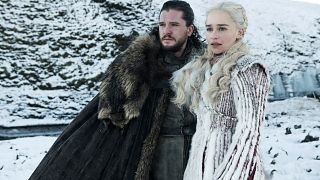 The trailer for the final season of "Game of Thrones" was released by HBO on Tuesday.

The Unsullied are also shown preparing for what could be an epic battle.

A teaser was released in January showing Jon, Arya, and Sansa Stark roaming the crypts of Winterfell.

The six-episode final season will premiere on HBO on April 14.