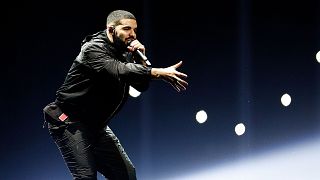 Maybe it was all a part of God's plan.

Drake has just broken a Billboard Hot 100 record previously held by The Beatles for over 50 years.

The track launches at No. 5 for the Oct. 27 listing, according to Billboard, and that was enough to push the Canadian superstar into the top spot for the most top-10s singles on the chart in a single year.

The record was previously held by The Beatles, who had eleven top 10 singles on the Hot 100 in 1964.

Other Drake collaborations that have made the Top 10 including "Look Alive" by BlocBoy JB, "Walk It Talk It" by Migos and "Yes Indeed" with Lil Baby.

His solo songs to chart were "Diplomatic Immunity," "Nice for What," "Nonstop", "I'm Upset," "Emotionless," "In My Feelings" and "Don't Matter To Me," which features Michael Jackson. His song "God's Plan" has been No. 1 for 11 weeks, according to Billboard.

Drake, whose 32nd birthday is on Wednesday, has had 32 top 10 songs overall, the most among solo male artists.

The Beatles, however, still hold the record for the most No. 1 singles in one year, with six to reach the top spot in 1964. The rock band also has 34 top 10 hits overall.

Over the summer, The Beatles took another hit when the Recording Industry Association of American said The Eagles compilation album "Their Greatest Hits (1971-1975)" overtook them as the top-selling album ever in America with more than 38 million copies sold.