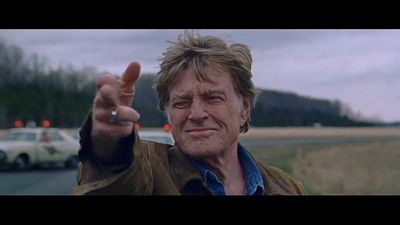 The Toronto International film festival is underway, and American actor Robert Redford is premiering his acting swansong "The Old Man and the Gun"

The American crime comedy is a fact-based story about a serial bank robber who is estimated to have stolen over four million dollars during his career. First imprisoned at age 15, he later escaped from prison 16 times over the course of a career that only ended in his late 70s.

The film is directed by David Lowery who pays homage to the 82-year-old actor’s heyday by shooting it in a 1970s style on 16mm film.

The Hollywood veteran, who is tipped for an Oscar for this role, has said he now intends to focus on directing.

Redford won an Oscar for directing 1980's Ordinary People and received an honorary Academy Award in 2002.