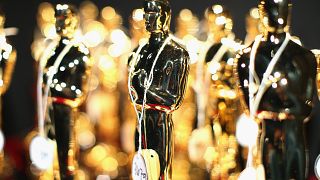 The organization that puts on the Oscars says it will postpone the introduction of a "popular film" award, noting that the controversial new category "merits further study."

"There has been a wide range of reactions to the introduction of a new award, and we recognize the need for further discussion with our members," Dawn Hudson, the CEO of the Academy of Motion Picture Arts and Sciences, said in a statement on Thursday.

"We have made changes to the Oscars over the years — including this year — and we will continue to evolve while also respecting the incredible legacy of the last 90 years," Hudson added.

In a letter last month announcing the change, the academy did not provide a precise definition of a "popular film," saying that eligibility requirements and "other key details" would be "forthcoming."

The new award was widely seen as a bid to reverse slumping ratings for the glitzy telecast and draw a wider audience.

This is a breaking news story. Please check back for updates.