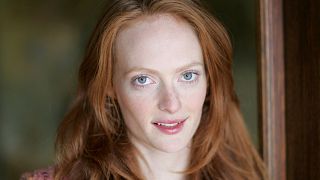 LOS ANGELES — A trio of violent kidnappers maimed a Hollywood actor and kept him and an actress hostage during a failed ransom plot, according to an indictment unveiled Tuesday by a Los Angeles grand jury.

Joseph Capone and actress Daisy McCrackin, who stars in the Halloween horror movie franchise "Halloween: Resurrection," were allegedly kidnapped May 3 and held for about two days as a trio tried to rob, extort and receive ransom from McCrackin, the grand jury alleged. A spokesman for the Los Angles district attorney's office described Capone as an actor, but it wasn't immediately clear what TV or films he has appeared in.

The indictment, which was filed June 18, paints a picture of torture for Capone, who had an unspecified body part maimed and was exposed "to a substantial likelihood of death." All three suspects, Keith Andre Stewart, 32; Johntae Jones, 25; and Amber Neal, 26, were in custody, authorities said, but the case was still being investigated by the Los Angeles Police Department's elite Robbery-Homicide Division.

It alleges suspect Stewart "did unlawfully and maliciously deprive Joseph Capone of a member of the body and did disable, disfigure and render it useless ..." An email to the district attorney's office seeking clarification was not returned. Capone survived.

The allegation indicates that the crime unfolded after alleged "conspirators" stole McCrackin's 2011 Lexus, obtained a gun, roped Stewart into the caper, and went to McCrackin's home, where Capone was attacked. Investigators found a trail of Capone's blood at the residence, the indictment states.

Suspects placed black hoods over both the victims' heads and, on May 4, drove them to Jones' Compton home, where Capone was stripped of clothing and kept, without food, in a bathtub for 30 hours, the grand jury alleges.

At one point Capone tried to come to the aid of McCrackin and was "beat, punched, and kicked" in retaliation, according to the document.

The indictment alleges that Stewart also cut and disabled Capone's tongue, "put out an eye," and cut his nose, ear and lip. The actor was pistolwhipped at some point, according to the indictment.

Jones allegedly took McCrackin's 2011 Lexus and, with Neal in tow, drove the victim to two or more Bank of America branches in an attempt to obtain funds from her account. At one point $100 was withdrawn and handed over to Jones and Neal, the indictment states.

Demanding $10,000, the suspects ultimately settled for a check in that amount written to Neal, which was deposited in the suspect's account, the grand jury said.

The indictment also alleges that Neal forged a document in order to claim she was the "new Registered Owner" of the Lexus. Neal claimed the car was given to her by McCrackin, the document states.

After the bank trip, the suspects returned with McCrackin to her home, and she somehow escaped, the district attorney's office states. She promptly notified police, who tracked down and arrested the three defendants, according to the D.A.

It's not clear how or why Neal was released following the arrest.

On Monday, she was rearrested in a traffic stop captured by an onlooker's video that went viral. Sheriff's inmate records also list Monday as the date of her arrest in this case.

Neal was forced at gunpoint to exit a late model Honda Civic, prompting police critics to question the tactics and forcing the Los Angeles Police Department to reveal via Twitter that "this individual was arrested on a felony kidnapping warrant."

The district attorney's office states that, if successfully prosecuted for multiple charges connected to the alleged kidnapping conspiracy, violence and theft, Stewart and Jones could face life in prison without the possibility of parole; Neal could face life.

Bail was listed as $1 million for Jones and Neal and $2.08 million for Stewart. All three were scheduled to be in court for a pretrial hearing July 23.