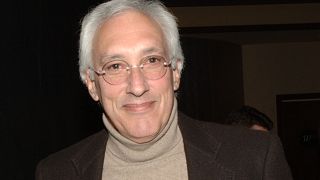 Bochco had been battling a rare form of leukaemia for several years. He had a transplant in late 2014 that was credited with prolonging his life.

"Steven fought cancer with strength, courage, grace and his unsurpassed sense of humor," his family said in a statement. "He died peacefully in his sleep with is family close by."

Working with different collaborators, Bochco co-created some of TV's most popular series for more than 20 years while helping to create the template for modern shows featuring large ensemble casts, serialized storylines and edgy content.

The recipient of numerous industry awards, including the Humanitas Prize and Peabody honors, Bochco was nominated for an Emmy 30 times in his capacities as producer and writer, winning 10 times.

On "NYPD Blue," he consciously set out to expand what was acceptable on broadcast television, and he recalled sitting with Robert Iger, then the head of ABC Entertainment — who went on to become chief executive of the Walt Disney Co. — drawing naked figures, determining exactly how much of the body could be shown.

Bochco launched such series as "Hill Street Blues" — a ground-breaking, Emmy-winning cop show — and "L.A. Law" for NBC before entering into a landmark 10-series deal with ABC in the late 1980s. The relationship produced some clear hits ("NYPD Blue," "Doogie Howser, M.D.") and some notable failures, including the musical police drama "Cop Rock" and the serialized courtroom drama "Murder One," which followed a single murder trial over an entire season.

As virtual proof that the latter was ahead of its time, Bochco essentially revived it in 2014, under the title "Murder in the First," for TNT.

Asked how he could risk gambling on a musical like "Cop Rock" given the richness of his ABC pact, Bochco once joked, "With my deal, how could I not?"

Maintaining a high profile, Bochco wasn't above engaging in public spats and power struggles, from complaining about his treatment by network executives to tussling with recalcitrant stars. In one of the highest-profile tiffs, his rift with David Caruso during the first season of "NYPD Blue" led to the actor's exit, a considerable gamble for a series in its first season. Bochco replaced him with former "L.A. Law" co-star Jimmy Smits, and the program went on to run 11 years.

With "Hill Street Blues," Bochco and co-creator Michael Kozoll broke the dramatic mold, featuring a huge ensemble cast and a gritty narrative while juggling various subplots. NBC was in the ratings cellar at the time, but its patience with prestigious programs like "Hill Street" and "Cheers" was rewarded after "The Cosby Show" premiered in 1984, turning its Thursday lineup into a ratings juggernaut.

Although Bochco often consciously pressed against boundaries and seemed to delight in testing censors, he recalled that the breakthrough storytelling style of "Hill Street Blues" was born more out of necessity than design.

"We had so many characters that we realized we couldn't service 10 or 11 characters within the confines of a single episode, so the only way that we could really do justice to the size of the world was by creating storylines that spilled over the margins," he told The New York Times in 2014.

Bochco was married three times. He is survived by his third wife, TV producer Dayna Kalins, whom he married in 2000, a daughter, Melissa, and two sons, Jeffrey and Jesse.