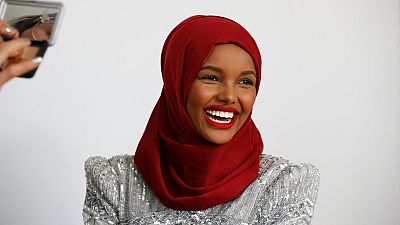 Halima Aden has been described as the world’s first hijab-wearing super model. She was the first woman to enter the Miss Minnesota USA pageant in a burkini and hijab and has since walked the catwalk for Italian fashion giants Max Mara and Alberta Ferretti.

The Somali-American teen says her hijab is just part of her personality.

Halima was born in a refugee camp in Kenya. At the age of six she moved to the United States, settling in Minnesota.

She has now been featured on the front cover of the July edition of the American beauty magazine, Allure.

“I think that for us, our mission being we want to redefine what beauty standards are, she is someone who is so amazingly representative of who we are as America, as a melting pot it totally made sense for us.”

The fashion world recognises their market potential. Including Nike who will be the first major sportswear company to offer an Islamic head scarf designed for competition.