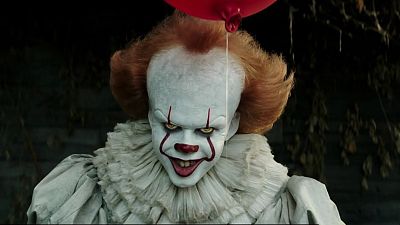 Stephen King’s epic horror novel ‘It’ has once again been adapted for the silver screen.

The film tells the story of a group of misfits that decides to hunt down a seemingly all-knowing, shape-shifting, child-killing entity they call ‘It’.

‘It’ is based in a small town in Maine, USA, where several children mysteriously disappear. Sophie Lillis plays Beverly Marsh, the only girl in the band, which calls itself The Losers.

“It’s very nostalgic, I would say. It scared so many people in the 80s – their childhood was based off of ‘It’ and since it’s coming back everybody remembers ‘It’”, said Lillis.

Andy Muschietti’s film is the second to be based on the book, but this time ‘It’ is set in the 80s, rather than the 50s and focusses on the first half of the novel, when the characters were children, creating scope for a possible sequel.
“Personally I grew up in the 80s so it’s an era that means a lot to me. It’s connected to so many experiences of life which are very vivid in my mind and in my heart because it’s a time of life that you really live emotions and it’s also the part of your life where you stop being a child and start becoming an adult”, said Muschietti.

‘It’ takes the form of whatever children fear the most.