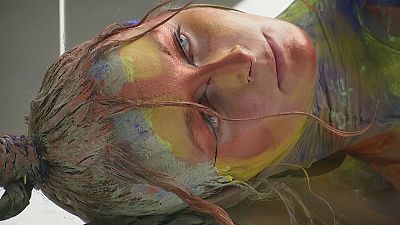 Art Basel Unlimited is traditionally a show featuring living artists, with most of the works new and often
commissioned especially for the exhibition.

This year is a little different, as it features a record number of works form the 1970s, with some on such a massive scale
they won’t fit into the exhibition hall. The other big trend for 2017 is living art, piece involving actors.

“This year there are about thirteen works that were created in the 1970s. A decade that was relatively unknown these
past years. It was a more silent decade compared to the 80s and 60s,” says curator Gianni Jetzer.

Art from the 1970s has often been overshadowed by the Abstract Expressionism of the 1950s, the Pop Art of the 1960s
and the Street Art of the 1980s, but this show tries to prove the 70s wasn’t just about bad hair and bell-bottom jeans, and that
it was a decade of thought provoking, even participatory work that halped dissolve the boundaries between art and the public.