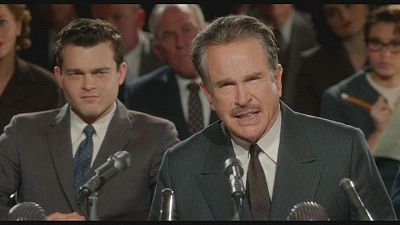 Hollywood actor and director Warren Beatty is back after fifteen years.

He plays American entrepreneur Howard Hughes in ‘Rules don’t apply’, which he also wrote and directed. Set in 1950’s Hollywood, the film follows the forbidden romance between a young actress and a driver.

Alden Ehrenreich and Lily Collins play the driver and the starlet. They were both thrilled about working with the Hollywood legend.

“One of the reasons that I fought so hard to get into this movie for a long time was I felt it was one of the last opportunities I would have to be in the kind of movie that I grew up watching, like these classic Hollywood films. And he (Beatty) is a legend,” said Ehrenreich.

“He (Beatty) gets to help you through character, learn how to direct at the same time as knowing the bigger picture of how he is going to edit. Actually, it’s like having a genius in the room,” enthused Collins, the daughter of British icon Phil Collins.

Beatty has been keen to emphasise that it’s not a biopic about Howard Hugues, but a film about sex and romance in the old Hollywood.