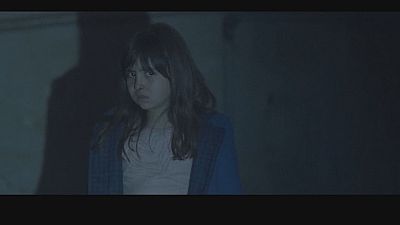 <p>Set in Tehran during the Iran-Iraq war, horror movie ‘Under the Shadow’ is the <a href="https://www.theguardian.com/film/2016/sep/29/terror-in-tehran-babak-anvari-under-the-shadow">feature debut of Iranian director Babak Anvari</a>. </p> <p>Iranian-German actress <a href="http://www.interviewmagazine.com/film/narges-rashidi#_">Narges Rashidi stars as a mother</a>, who struggles with her daughter to cope with the terrors of war-torn Iran and a mysterious evil that haunts their home. </p> <p>She describes it as a subtle film that takes the time to develop the characters: “The movie and the character is so complex, you know. It’s not just a horror movie. It starts off as a social drama and then turns into this psychological thriller, and then has these horror elements towards the end. So I never saw it just has a horror movie. I saw it as a piece from the character’s view. And she’s going through so much and she has so many layers. And that was such a gift. “</p> <p>Although the film is about Iran and entirely in Farsi, it was shot in Jordan in order to bypass censorship. </p> <p>Born in Iran, Rashidi fled the country with her family at the age of five – settling in Germany, where she grew up. She now lives in Los Angeles but her childhood memories are still very present. </p> <p>“I do remember the war, for example – which was very helpful for the part. I remember I was on my mum’s lap, and I was sleeping. And I heard noises and I woke up, and I was like, ‘Mum what was it?’ And she was like, ‘Nothing – just some bombs. Go on sleeping.’ Since the war was going on for such a long time, it became normal, in a way,” the actress explains. </p> <p>Released to <a href="http://www.independent.co.uk/arts-entertainment/films/features/under-the-shadow-sundance-sexism-horror-a7342936.html">critical acclaim</a> in the UK and US, ‘Under the Shadow’ is a co-production between the UK, Qatar and Jordan, and has been selected as the British entry for Best Foreign Language Film at the Oscars.</p>