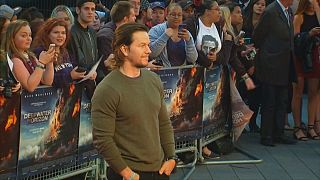 ‘Deepwater Horizon’ is a movie about the worst oil spill in United States history.

The focus wasn't really on who made what mistakes and who was responsible. Really it was about the heroics of the 11 people and the inspiring things that they did to survive

While drilling at the Macondo Prospect an explosion killed 11 crew on the rig and ignited a fireball seen 64 km away.

The destruction is the true hero of #DeepwaterHorizon. Here's our review: https://t.co/PBiOwJSndmpic.twitter.com/BlcPrnbbQc

The blaze raged and two days later the rig sank, leaving the well to spew unchecked into US waters.

The film stars Mark Wahlberg:“The focus wasn’t really on who made what mistakes and who was responsible. Really it was about the heroics of the 11 people and the inspiring things that they did to survive and help one another, that was what we wanted to focus on.”

Does the real-life disaster movie #DeepwaterHorizon do justice to its heroes? Peter Travers weighs in https://t.co/EoMi2XdTVPpic.twitter.com/Ti8k3Wk9AB

Mike Williams survived the disaster:
“We understand that the oil is spilling – it was actually still spilling while we were filming which was difficult – but we wanted to kind of be the megaphone for, hey, there are 11 men who lost their lives out here as well. The oil can ultimately be cleaned up, those 11 men can’t be replaced.”

The film examines the safety decisions taken by BP and the budget constraints that added to the pressure.

Peter Berg directed the film:“One thing that I hope people get from this is the idea that we should make sure that our corporations, like BP, that have so much potential to do harm to an environment, to lose lives, that these guys who are on the ground are in a position to hit the brakes, slow down when things get tense.”

The film has a rich ensemble cast and is on world-wide release.