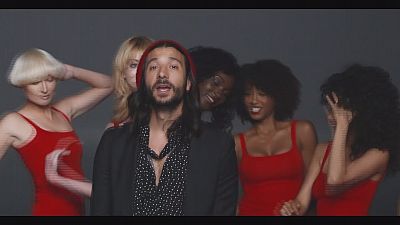 Canadian four-piece Magic! are back with their second full-length studio album ‘Primary Colors’, the follow-up to their debut album, ‘Don’t Kill the Magic’ (2014).

I do have an issue with how much women are selling themselves, I think, in the wrong directions and I feel like you don't have to.

The video for the second single from the album, ‘Red Dress’, features women of all shapes and sizes wearing the titular red dress. Lead singer Nasri Atweh explained: “I do have an issue with how much women are selling themselves, I think, in the wrong directions and I feel like you don’t have to. You can just work on yourself internally and that will come out on more of a spiritual level.”

Following the massive success of their single ‘Rude’ two years ago, the Canadians continue to cherish their reggae roots.

The band is currently on tour to promote its new album. Magic!‘s ‘Primary Colors’ is out now.