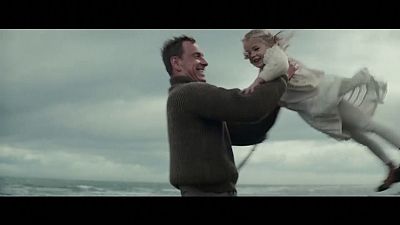 Michael Fassbender and Alicia Vikander took to the red carpet at the Venice Film Festival for the premiere of their latest feature ‘The Light Between Oceans.’

Best Sellers in Historical
#4: The Light Between Oceans: A Novel by M.L. Stedman https://t.co/5JI58ODlef#Kindlepic.twitter.com/Ei6fplvUEu

The film set in Australia in the 1920’s tells the tale of a couple who operate a remote lighthouse.

They have lost two children due to miscarriages then life changes when they rescue a baby washed ashore in a boat.

The couple raise the child as their own until one day they meet the child’s mother.

Alicia Likander plays the adoptive mother:“I haven’t had a child yet and I knew that it was something so profound and I felt like I had to – also because of the truth of this story, this woman goes through miscarriages and it’s a subject that is sometimes not talked about so much, but it’s common and it’s trauma that a lot of people can relate to.”

Michael Fassbender sees the danger the ocean represents:“There’s so many elements in this film, and again, you know, you see it today with the immigration scenario, what happens to Franz is also something that we can see, we relate to today, you know? He goes out in a boat and he dies out at sea. We see so many immigrants dying at sea today.”

The film is out on staggered release throughout September, October and November.