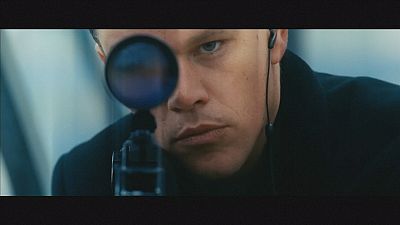 The fifth installment of the movie franchise – named after his character – has had its European premiere in London.

Damon’s admitted that it’s been tough, physically, getting back into the role.

“Well it was hard to get ready for it, I mean much harder than when I was 29. You know I’m 45 now so it’s a whole different animal. But you know, look, that’s a good problem to have,” said Damon.

“I grew up watching these kind of films. The Bourne franchise for me was one of my absolute favourites – I’m a big fan so it was a real pinch-me moment when I actually saw myself, saw the film for the first time a week ago and I was like ‘oh my God, I actually got to be in one of them!’” said Vikander.

“It’s such a toxic, kind of a radioactive subject in our country that you can’t even talk about talking about it without people really getting worried and angry and feeling it’s a very polarizing topic unfortunately,” said Damon, “because it would be great if we could somehow figure out a way to protect our kids from people who are mentally unstable.”

It hits cinemas from the end of July.