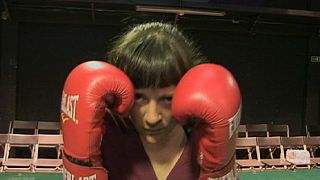 The full range of Performing Arts are center stage at the Alkantara Festival in Lisbon. It once started out as a pure dance festival but today all forms of expression are welcomed to interrogate the world in which we live.

Many of the artists ask the question how we can be “progressive” in the widest sense of the word, how we can do better as a society, than we are doing now?

With television, internet and social platforms our daily life is getting more and more virtual.For over 2500 years, theatre was the unchallenged art form which celebrated the experience of sharing the live moment of a performance.

Since 2009, the artistic director of the Alkantara Festival has been Belgian Thomas Walgrave.

“We really intend to give priority to artists who take the maximum advantage from this live situation and that there is always this unknown factor which is the audience, which will be different every night. And when you say a word or you make a gesture it will be always responded to in a certain way. So its this sort of dialogue which goes on that makes it also so unique because each night is a different performance,” says Walgrave.

Christopher Brett Bailey’s show is called THIS IS HOW WE DIE. At the beginning of his performance, the Canadian-born and now London-based author and performer reads out short stories about romance, sex and death. In his writings he is very inspired by American stand-up comedian, social critic and satirist Lenny Bruce, William Burroughs, beat poetry and B-movies. In the end he joins his musicians for a wild and noisy concert performance.

“I have done some writing which I was quite pleased with. And as a completely unknown writer it was very unlikely anybody would just publish it, so I started reading it out like at poetry nights and try-out theatre nights, and the response was quite electric. So we decided to make a whole production out of it and because the piece is coming out very much out of the avant garde of American literature and the early punk literature it was a very natural step to put a band into the show,” says Brett Bailey.

Portuguese dancer and performer Cláudia Dias premiered her show at the Alkantara Festival. She ties together two events of 1974, The Rumble in the Jungle, the historic boxing event in Kinshasa when Muhammad Ali knocked out George Foreman, and the other event, Portugal’s Carnation Revolution which overthrew the regime of dictator Estado Novowith.

This is a collaboration with Spanish author and director Pablo Lareo Fidalgo, a performance in which words and bodies collide. The conflict is not only present but also constitutes the generator of new ideas.

To get ready for the ring, Cláudia Dias took boxing lessons with a professional trainer

“I think this is a nice metaphor about the idea of social conflict. It is the kind of fight we need to develop nowadays, be that in Europe or in the rest of the World. When I say we, I mean democrats, humanists. I believe this kind of language is fundamental, to express this idea of struggle,” says Dias.

Anton Chekov’s “The Cherry Orchard” is a classical theatre piece newly re-interpreted by Belgian company Tg STAN. The play is about an aristocratic Russian woman and her family as they return to their family estate which includes a large and well-known cherry orchard, just before it is auctioned to pay off the estate’s mortgage.

Tg STAN is a theater collective founded in 1989 in Antwerp. There is no hierarchy, and all the plays are put on stage by the company members together. “The Cherry Orchard” mixes comedy, farce and tragedy. When It premiered in 1904 Chekov’s realistic approach without moralisation made this play very modern.

“As this text is classical and therefore universal it can at any moment, with the story, with the things it tells, talk about the now and the present. This is what we are trying to capture, the moment, the now in the Chekov text, which we want to address today’s world, not the 19th century,” says Frank Vercruyssen.

The performance was highly appreciated at his premiere at the Teatro Nacional D. Maria II.

“When a theatre play is appreciated people don’t like it via mouse clicks, they applaud and cheer. At the Alkantara Festival you can see why, since the Ancient Greeks, enjoying a play in a theatre with an audience has not lost its fascination,” reports euronews’ Wolfgang Spindler

Watch: All that glittered at the table was gold