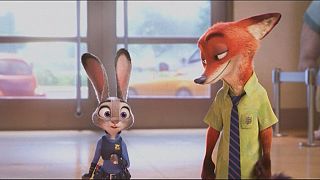 “I think the thing of which I am most proud, and I didn’t realise this until I saw the film in completion, is that we have a leading lady action hero who is sweet and good and kind and pure and doesn’t have to have masculine qualities to be an ass kicker,” said Goodwin at the film’s premiere.

Colombian singer Shakira voices Gazelle, a pop star based on herself. ‘Zootopia’ is Shakira’s first foray into animation.

Described as a new Disney classic, ‘Zootopia’ has opened to mostly critical acclaim, with particular praise for the voice cast, who have been called pitch perfect.