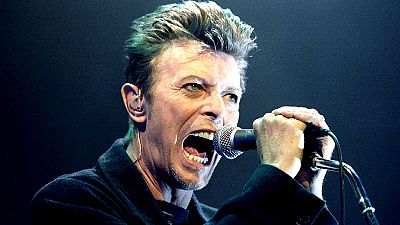 With his constantly changing persona and extremely catchy sounds, David Bowie was one of the most influential artists of modern music.

He redefined musical styles, fashion and sexuality starting with Ziggy Stardust and continued to reinvent himself in a music and acting career spanning four decades.

His creative spark spawned a string of hits few can rival. He hardly ever spoke about the process but in a rare interview in 2003, he did reveal something about the discipline it takes.

“ I do see that the writing that I do is very much an integral part of my for real 24 hour a day life. I do write a little bit every day. Some days I hate it, it’s an inconvenience but it’s something I have to do and some days I can’t wait to sit down and write,” he said.

Bowie effectively retired from the public eye in 2004 after suffering some health problems during his last tour in support of the “Reality” album. Like many musicians of his generation, years of professional pressures and the effects of heavy drug use had no doubt taken their toll.

During his last tour Bowie was not ‘The man who fell to Earth’ but spoke more instead about having your feet grounded and welcoming old age.

“When you’re young you think so much is important including oneself , but when you get older I think you find less and less is important apart from some very fundamental things, one of them being the love of one’s fellow man and a care for their survival and a care for one’s immediate family, then friends, and then wider like a circle, like ripples in water,” said Bowie.

Many believed that Bowie had retired from music altogether until he appeared out of nowhere to announce the release of “The Next Day” in 2013, his first album of new material in ten years. It gave him his first UK top ten hit since 1993 and led to him receiving a Brit award.

Some have speculated that the songs on his latest and now last album, Blackstar was his way of saying goodbye. The perhaps premonitory gloomy video for Lazarus shows the singer in a hospital bed, with a blindfold over his eyes.
The songs treat illness, death and heaven in a way which will be reinterpreted now we know he was suffering from cancer over the last 18 months.

What Berlin did for Bowie