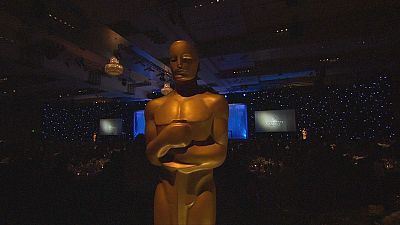 The film industry used the occasion of the Governors Awards to reflect on Friday’s slayings in the French capital.

Director Spike Lee “This thing is global. And I don’t have the answer for that, but my heart goes out to the families that lost loved ones.”

Danny Boyle renowned for his films ‘Trainspotting’ and ‘Slumdog Millionaire’ said:“It’s obviously an attack on tolerance. And so, you can only stand up for your values. If we believe in our values, which we do, shared compassion and tolerance, and believe in that. And freedom, really.”

Actor Mark Ruffalo added:“It brings back a lot of what happened after 9/11. This time I hope we get it right. I hope we really are deliberate and act in unity with the rest of the world, instead of doing this cowboy dance where we go in alone, and we don’t look at this problem as something that can only be solved with violence and the military.”

@MarkRuffalo#ThrowbackThursday He is ONE of the best ACTOR on the #BigScreen#NovemberWish#TeamActorsAndTalentspic.twitter.com/Tx9dKh1mGZ

Peter Fonda of ‘Easy Rider’ fame is unsure of how to react:
“I don’t know what we can do. My first reaction is a gut reaction and not always right, but carpet bomb. Time for the B-52s, screw the side casualties. Get rid of those bunch of thugs. But I don’t know what we can do. And I don’t want to cop out and say, look, I’m an actor, so I’m not- I am involved. We all are involved.”

— Seniors Film Fest (youngatheartff) <a href="https://twitter.com/youngatheartff/status/664225499393077248">November 10, 2015</a></blockquote> <script async src="//platform.twitter.com/widgets.js" charset="utf-8"></script> Likewise Ian McKellen : "Terrorists want to disrupt normality and if we want to do something about it, we carry on being normal, do what you do." <blockquote class="twitter-tweet"tw-align-center lang="en"><p lang="en" dir="ltr">We spoke <a href="https://twitter.com/IanMcKellen">IanMcKellen about awards season, gay rights, and high-profile PDA: https://t.co/ZcxeZ71uZspic.twitter.com/RJOK2lkxVE— Vulture (@vulture) November 12, 2015

‘Suffragette’ director Sarah Gavron: “It’s shocking wherever it happens. But it’s an awful, awful thing and it does make you reflect on how to deal with it. But I agree in a way that you have to carry on and show that you’re not beaten by it.”

The Academy President Cheryl Boone Isaacs also paid tribute to the victims:
“Our connection with the film loving French is specially deep with waves of influences flowing back and forth across the Atlantic ever since the Lumière bothers made the first moving pictures. So as we gather here to celebrate our history and some of the people who have made it, we also mourn all who died.”