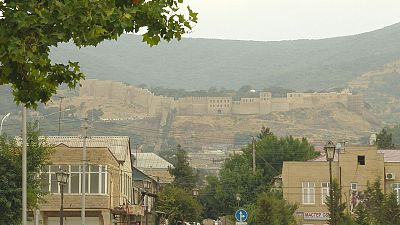 Derbent, the oldest and southernmost city on Russia’s territory, is officially marking its 2,000th anniversary — an opportunity for the residents of Dagestan to celebrate the rich cultural and historical heritage of a Republic often associated with social problems and armed extremism.

Our city is one of many ethnic origins, brought together in the last century into one big family -- and, thank goodness, we live well!

When Russia’s reformist leader Peter the Great conquered Derbent in his Persian campaign in the 18th century, he chose to sleep in a simple dugout that later became a local monument.

“But in the 20th century, this place was forgotten,” says art historian Patimat Gamzatova. “As was often the case with the Soviets when it comes to religious or imperial monuments, it was first turned into a shed, then a storage house, a canteen, and finally into the dwelling of an ordinary citizen who knew nothing about this place’s history.”

“I think it’s important that this restoration helps us pursue Peter the Great’s vision of progress and modernisation,” she adds.

A charity foundation helped with the restoration, which puts Peter the Great’s house at the centre of a museum hosting art exhibitions, cultural events and free creative workshops for children.

“The choices young people make in life is an urgent problem everywhere in the world, and it’s particularly urgent here. We know how museums and historic monuments are being destroyed awfully close to this republic,” says Polina Filippova, Executive Director of the PERI Foundation.

“It’s crucial for us to show that there are other ways, other visions of an open, tolerant and multicultural world. And we really want our centre to contribute to that goal”.

Derbent intrigues many archaeologists: they believe various tribes have settled here over the past five thousand years. Artifacts unearthed across the city show it was conquered many times throughout its history.

“Derbent was part of various countries throughout Antiquity and the Middle Ages — neighbouring ones like Caucasian Albania, but also the large empires of Medieval times: the Arab Caliphate, the Iranians, the Turks and so on,” explains Murtazali Gadjiev, Head of the archaeology department at the Dagestan Scientific Centre of the Russian Academy of Sciences.

A strategic gateway between the Caspian Sea and the Caucasus mountains, over the centuries Derbent became a cultural crossroad where Christian, Jewish and Muslim communities co-existed peacefully.

The city is home to the 8th-century Juma Mosque, one of the oldest in the world, but also to a 19th century Christian temple, a synagogue and an Orthodox church.

“Here in Derbent we have people of various religions and their diverse places of worship,” says Ali Ibragimov, Director of the Derbent State Historical, Architectural and Art Museum Reserve. “Our city is one of many ethnic origins, brought together in the last century into one big family – and, thank goodness, we live well!”