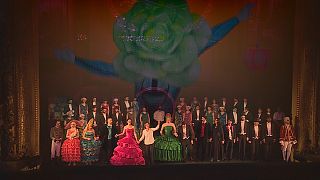 Back on the stage of the Opéra Comique in Paris, is “Ciboulette”, an operetta Reynaldo Hahn composed in 1923. Intended as a nostalgic homage to XIX century French operetta, it was France’s reaction to the flood, in the Roaring Twenties, of American musical comedies.

It features the tribulations of the pretty market gardener Ciboulette. Her pursuit of happiness leads her to come across a whole collection of typical characters from the Paris of the Belle Epoque, from the humblest to the most distinguished, such as Antonin, the aristocrat with whom she falls in love.

“Reynaldo Hahn’s music is very refined, he was a great melodist and orchestrator. We revised the libretto only slightly, just to make it less linked to the time it was written. It was also very interesting to see how such work can still move or amuse today’s audiences, and see how such music can still be of interest today,” opined conductor Laurence Equilbey.

“People who, today, go to the theatre or to the opera, do so because they want to dream and use their imagination… I think that putting on an opera or a play with a realistic approach produces the opposite result of what a play or an opera should be.”

‘I think that “Ciboulette” has a depth of its own, it talks about human feelings that are eternal and ageless; they may be bitter, or absurd, or excessive feelings… that’s why I think it’s ridiculous to play it in a flat, ordinary fashion, because an opera or an operetta is only made up of extraordinary moments,” he said.

“Being a woman and having a career in the music world is not a bed of roses. I do believe that ALL artists should take risks but it’s true that women probably have to make even more radical choices just to show that they exist.

‘For my part, I think one needs to have an original approach and be 150% sure of one’s projects, as well as being strong-willed… and, you also have to convince yourself that you are entitled to that job… because you’re often tempted to doubt it when you are a female conductor…that’s also because we belong to a generation where women were educated to leave the best places to men… today, I think that young women have, perhaps, more opportunities,” she stressed.

“There was this role of the Countess of Castiglione, a courtisan, probably a spy too… she was stunningly beautiful, and I told myself I was the only one who could possibly play her!

‘I love opera singers, and this is my affectionate way of telling them. In fact, real singers just love when I do it! I also enjoyed the idea of playing a dreadful singer… at the Opéra Comique!

‘I think I’m a rather tormented, melancholic person; at the same time, I also have a penchant for lightness, for the ridicule, and for humour… but this goes hand in hand with one’s suffering… It’s also a typical cliché with clowns, where the tragic is always linked to the grotesque,” concluded Michel Fau.

“Ciboulette” will be on next at the Opéra Comique, in Paris, on May 5 and 7. 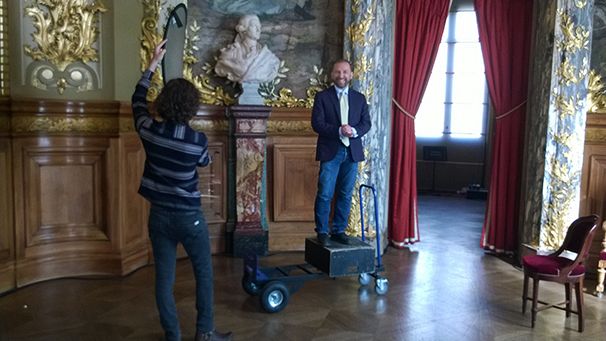 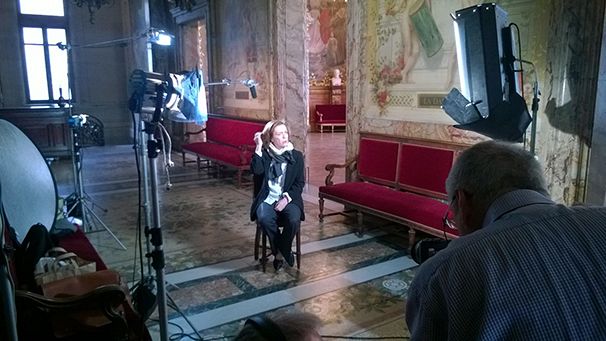 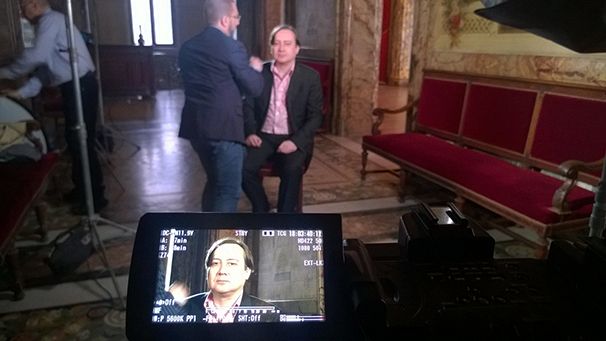 Powdering the nose of our next interviewee, stage director and actor Michel Fau.” 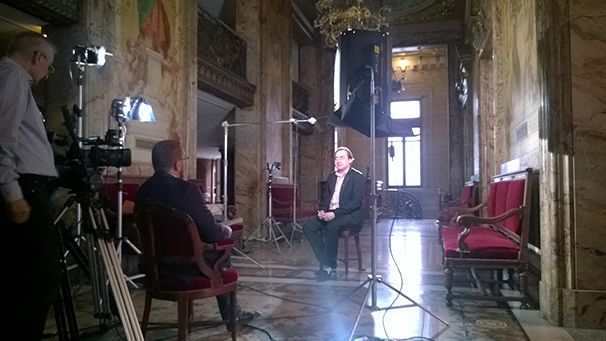