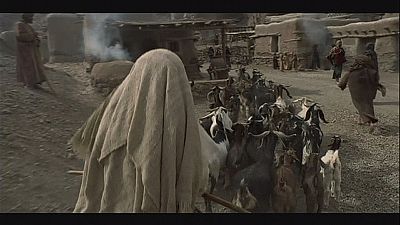 Putting any religion on the silver screen is almost certain to court controversy so it is no surprise a new biopic about the Prophet Muhammad has sent shockwaves through the Muslim world.

I tried to depict a correct and proper image of the holy Prophet in this movie. For us Muslims, our Prophet is a mercy to the world.

The Iranian film is the biggest budget movie in the country’s history, costing some 30-million euros to make. It portrays the Muhammad childhood and is the first of trilogy on the life of the prophet.

Egyptian critics have called for it to be banned, claiming it undermines the sanctity of the “messenger of God”.

The film’s director,Majid Majidi, says he respects such views but asks how are we supposed to introduce the prophet to the world?

“The media has a very influential role today. I tried to depict a correct and proper image of the holy Prophet in this movie. For us Muslims, our Prophet is a mercy to the world.”

Oil-rich Qatar is reportedly planning a rival film about the prophet, with a budget of near €1bn euro and backed by likes of the Lord of the Rings producer Barrie Osborne.

Muhammad: Messenger of God will be out in Iran this summer with a wider release expected to follow.