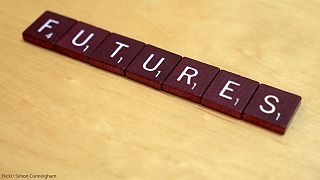 It’s five o’clock. The three of them invited me for tea. How British of them. (Actually, this thing with the tea started out with Catarina de Bragança, a Portuguese queen, but I’ll save that story for some other time).

Laurinda is the mother. She’s a sun-kissed 47-year-old pre-school teacher. Isabel is the oldest sister. She is in her second year at college. At 15, Maria is the youngest and tallest in the room, she forfeits the quaintness of tea for a tall glass of orange juice.

I could tell you that we chatted about Emma Watson and her passionate speech on feminism and gender. Or that we discussed the “HeForShe” campaign, and how it stands for the end of inequality that women still face across the globe. I could tell you that we talked about the wave of pro-democracy protests in Hong Kong. Or that we discussed Brazil’s presidential election.

But, I prefer to tell you the truth.
We talked about ourselves.
I asked the question “Where do you see yourself in five years from now?”

Five years. I’m aware that ten years can be a long time considering how fast everything changes these days and considering that the world should have ended in 2012 – we’re living on borrowed time. Considering all this, I cut the time in half.

“Doing exactly the same job, but with worst conditions”, said the mother.

“I can’t tell you. It’s not that I don’t have any plans, because I do. It’s just that Portugal is not a place for my plans right now and I think that five years aren’t enough to change that. Some of my family members have already left, my friends are leaving, my neighbours are preparing to leave. I’m starting to think that leaving is the trend word in Portugal, not fado.”

This is Isabel’s opinion. And it makes sense. According to INE – Instituto Nacional de Estatística – in the last year, if we add up the number of people that left the country for less than a year to the number of people that have left for longer than that, we see more than 100,000 people leaving Portugal. If we choose to look at the unemployment rate, according to Eurostat in August this year 725,000 were unemployed in Portugal. That’s about 14% of Portuguese population.

Maria is clearly the optimistic one. She intends to stay in Portugal. She believes that this country has space for her, or at least, will have by the time she finishes her studies.
“In five years I’ll be in college! Medicine! Preparing to be an excellent psychiatrist.”

I suddenly realize that I am there as a journalist. Conducting the conversation: asking the questions, waiting for answers…and biscuits!

Speaking of journalism… Now I point the metaphorical microphone at myself. “Where do I see myself in five years?”

Just recently the New York Times announced its plans to cut about 100 jobs from its newsroom. Around the globe, newspapers are closing down or laying off staff. In Portugal the word hiring has been replaced with firing in every media corporation.

“Where do I see myself in five years from now?” Well, this is not a question for times like these.