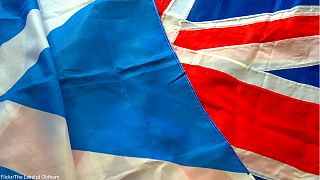 The Scottish referendum on independence is fast approaching, with the vote taking place on September 18, 2014. It has been characterized by a bitter rivalry between two opposing campaigns, the pro-Scottish independence Yes campaign and the pro-union Better Together campaign. The referendum has been dubbed the “most important political decision in 300 years” of Scottish history.

One of the most important demographics of this referendum will be the younger generation (under 30 years old) of Scottish society. If the majority of Scots vote for independence in September it is this generation that will be responsible for shaping the new political, economic and social landscapes of a new sovereign country.

For the first time in a major ballot in the United Kingdom, 16 and 17-year-olds will have the opportunity to vote. This initiative has been met with both praise and criticism, with many accusing the Scottish National Party (SNP) of bringing in the new age rule specifically because the young generation was expected to vote for independence. In fact, the problem for the SNP is that the majority of 16 and 17 year olds feel they have joint British/Scottish identity and polls suggest only a fifth will vote YES in September.

- There has been a 307-year-old political union between England (and Wales) and Scotland since 1 May, 1706.

- In 1997, a referendum was held for the devolution of more powers to Scotland, which returned a YES vote. Thus a Scottish Parliament was created.

- The Scottish National Party is a Scottish nationalist political party in Scotland which campaigns for Scottish independence.

- In May 2011, the Scottish National Party gained outright control of the Scottish devolved government after a remarkable electoral victory. It is the largest political party in Scotland in terms of membership, MSPs and local councilors.

- An agreement was made between the Scottish Government and the United Kingdom government, the Scottish Independence Referendum Bill, which set out the arrangements for a Scottish referendum on independence.

Some believe that the young people of Scotland will just vote in the same way as their parents – or that they won’t vote at all. Others believe that people of this age are not mature enough to make a rational decision on such an important issue. However, according to the 2012 Scottish Social Attitudes Survey, these stereotypes of young Scots are not true. This survey shows that the young people of Scotland do have an interest in politics and generally do not vote the same as their parents. Levels of political interest are very similar between young people and adults, with only 13% of young Scots polled “very or rather unlikely” to vote. Only around 56% of young people surveyed had the same voting intention as their parents.

Interestingly, the survey also finds that young people are in fact less likely to identify with a main political party, as large parties do not offer as many opportunities to young people compared with adults. 57% of young people indicate that they do not feel close to any political party at all. The results of the 2012 Scottish Social Attitudes Survey suggest that the young people of Scotland are perfectly capable of making informed decisions as much as adults are. We can see that the dealignment of this group with political parties is not a reflection of political disengagement, but rather young people seeking different identifiers than those provided by traditional actors. This initiative has brought to light discussion on the possibility of lowering the voting age for Westminster elections and others. In the UK a 16 or 17 year old must pay taxes if they work, but they don’t have the right to vote for the government that their taxes will go to! What is certain is that the politicians involved in both campaigns must find a way to reach out to young people, as it seems all have failed to do so far.

I spoke to some young Scots to find out what they had to say about the referendum:

Sean Rodgers, a pro-independence voter, is from Glasgow. He is currently studying Law and French at the University of Strathclyde

“I believe in independence in order to split with Westminster. Since World War II, the UK General Elections have not been altered by the Scottish vote. Also there are parties represented in Westminster that a lot of Scottish people have not voted for and feel do not represent them, for example the United Kingdom Independence Party (UKIP). Many of these parties are right wing.
Now playing Next
Culture news