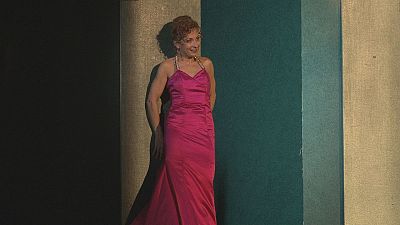 One question has been haunting the operatic world for some time now: after a gloriously successful career spanning 23 years, will Natalie Dessay’s performance in Manon be her last, or will the French soprano just say goodbye for now?

Massenet’s masterpiece, “Manon”, was recently staged in Toulouse, in the south west of France. Natalie Dessay, the wildly talented star of this superb and intelligently directed production, took some time to talk to euronews about the opera, and her future career plans.

A vibrant character in real life, Dessay spoke of the energy she wished to convey through the character of Manon:

“What the stage director Laurent Pelly wanted was a Manon who is full of life and full of desire. Someone who exudes vitality from every pore… This is why she’s so attractive to the people around her: because she craves life and its pleasures, and this desire makes her extremely seductive!

“I hope that we managed to create the character the stage director had in mind: this little creature who is being devoured by the wolves of a self-righteous society. But she’s also a tough little creature, a rebel who won’t give in.

Dessay has what some might consider a controversial view on whether music or drama is predominant in opera:

“I’ve always said that for me opera is first and foremost about drama, which has shocked those who think it’s primarily about the music… It’s the age-old argument of ‘prima la musica, poi le parole’ – first the music, then the words.”

So, will this be the soprano’s last operatic performance?

“I’m not leaving opera, opera is leaving me,” Dessay exclaims.

“My repertoire is quite limited, I’ve sung most of the roles available for my voice, and I’ve reached an age where I don’t feel like playing the young girl roles anymore,” she explains.

“But I have plenty of other projects. I want to move towards the theatre, especially acting in a stage without having to sing. I’d like to know what kind of actress I can be when I’m not singing.”

For more excerpts of our interview (in French) with French soprano Natalie Dessay, please click on the following link:
Interview bonus : Natalie Dessay

Natalie Dessay’s next piano recitals with Michel Legrand in a non-operatic repertoire will be as follows:
October 2013: 27 and 28 Paris, Olympia; 30 Marseille, Le Silo.

More dates are scheduled in the following months in France, Austria, Croatia, Switzerland and Canada.